Importance of Play, from Einstein to Today 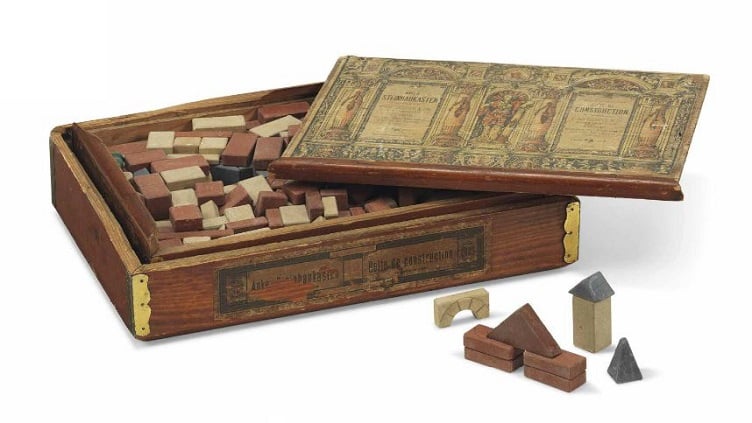 As a child, Albert Einstein built complicated structures with his set of Anker-Steinbaukasten (Anchor Stone) blocks — a popular toy of the late 19th century based on the work of Friedrich Froebel, creator of the concept of kindergarten. Now, an organization founded by the LEGO Foundation, Unilever and the IKEA Group, along with media partner National Graphic, wants to offer your kids the same opportunity.

Launching the Real Play Coalition at the World Economic Forum Annual Meeting in Davos, Switzerland, Jesper Brodin, IKEA Group president and CEO, described the mission of the organization as “helping break down barriers and giving the world the tools, confidence and inspiration to play.”

Those tools include a 3D-printable replica set of Einstein’s blocks, available on the organization’s Open Einstein website.

It’s an interesting use of technology to combat too much reliance on technology: In an article published for the Davos meeting, Real Play noted that many children “miss out on play as it becomes less of a priority amid the pressures and distractions of our scheduled, test-scored and technology-driven world.” And according to the Play in Balance report published as part of Unilever’s Dirt is Good campaign, maximum-security prisoners in the U.S. spend more time outside than the majority of children, while an even higher percentage of kids (61 percent) have stated that they don’t actually know how to play without technology.

So why the reliance on 3D printing? Well, the original set of Einstein’s blocks — as in, the actual set he played with as a boy — is available for $160,000 from collector organization Seth Kaller, Inc. The 3D replica is available for free.

But the Real Play Coalition is about more than just the blocks. It’s currently inviting academic, corporate and political leaders to help promote and protect what they define as “real play” — hands-on, exploratory play, pursued and enjoyed for its own sake, both indoors and out. They consider it to be critical for positive child development, directly contributing to the “health, well-being, cognitive development, self-esteem and future success of children.”

Of course, you don’t need to take the coalition's word about the essential nature of play. You can just look at Einstein.