Intel has used the Consumer Electronics Show at Las Vegas to try and show it has embraced the idea of a post-PC semiconductor industry and to try and leapfrog the mobile world and move on to wearable electronics.

Wearable electronics was one of the themes discussed by Intel CEO Brian Kzranich in a keynote given at the show and he announced that Intel has developed a dual-core processor for wearable equipment that fits on an SD-format card.

The processor for wearable is manufactured in 22-nm FinFET process technology and comprises two of Intel's Quark cores, one configured as a microcontroller and one as a heavy-lifting processor as means of minimizing power consumption. This imitates the big-little architecture that has been pioneered by Intel's rival, ARM Holdings plc. The microcontroller manages I/O and other baseline functions while the x86 processor brings the ability to run Linux and other operating systems and run high-level applications. 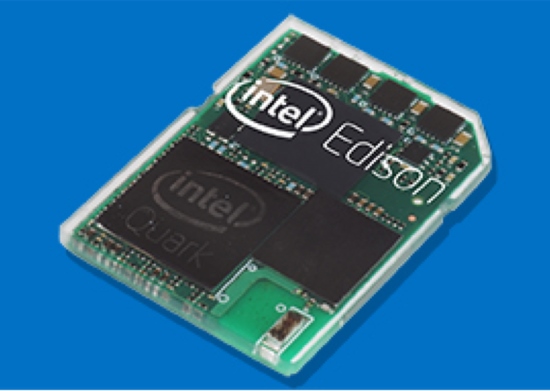 Acording to reports, Krzanich said during his keynote: "Wearables are not everywhere today because they aren't yet solving real problems and they aren't yet integrated with our lifestyles. We're focused on addressing this."

It is expected that the Intel Edison will be available to developers in the summer of 2014 and it will be compatible with developer tools used by the "maker" community, Intel said.

Krzanich also revealed a number of reference designs for wearable equipment. These were a set of energy harvesting earbuds that provide biometric and fitness information and Bluetooth connected headset and a wireless charging bowl.