Daimler to split into 2 companies, focus on electrification 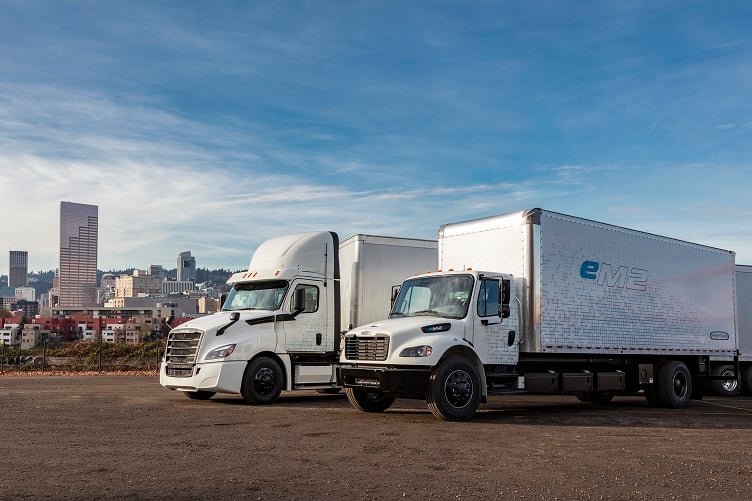 German automotive giant Daimler will separate into two pure-play companies both focused on electrification of vehicles and a software-driven future.

Daimler’s truck and bus business will be spun off and listed separately as a publicly traded company called Daimler Truck while Daimler’s cars and vans business will be rebranded as Mercedes-Benz. The two different companies will feature specific customer groups, technology paths and capital needs as well as fully independent management, stand-alone corporate governance and board members.

As with the ongoing trend of 2021 in the automotive industry, the two companies will focus heavily on electrification, something that has become a hot topic after the U.S. government said it plans to swap the nearly 650,000 government vehicles for electrified versions including heavy- and medium-duty trucks. Additionally, General Motors last month made a huge announcement that it would phase out gas and diesel vehicles by 2035 with a goal to become carbon neutral by 2040.

The trend to move toward an electrified future has been ongoing for the last few years with automotive OEMs upping investment in the technology due to consumer interest blossoming and regulations emerging calling on more emissions-friendly vehicles. However, the market seems to be accelerating quickly after the Biden Administration made announcements to support EVs and enact policies to fight climate change.

Daimler Trucks will accelerate its strategic plans to drive toward the development of emissions-free technologies for both trucks and buses.

“This is a pivotal moment for Daimler Truck,” said Martin Daum, member of the board of management for Daimler and chairman of the board for Daimler Truck. “With independence comes greater opportunity, greater visibility and transparency. We will grow further and continue our leadership in alternative powertrains and automation. We have already defined the future of our business with battery-electric and fuel-cell trucks, as well as strong positions in autonomous driving.”

Daimler Truck has more than 35 locations globally with more than 100,000 employees under seven brands: BharatBenz, Freightliner, Fuso, Mercedes-Benz, Setra, Thomas Built Buses and Western Star. In 2019, Daimler Trucks shipped about a half million trucks and buses to customers.