GM vows to phase out gas and diesel vehicles by 2035 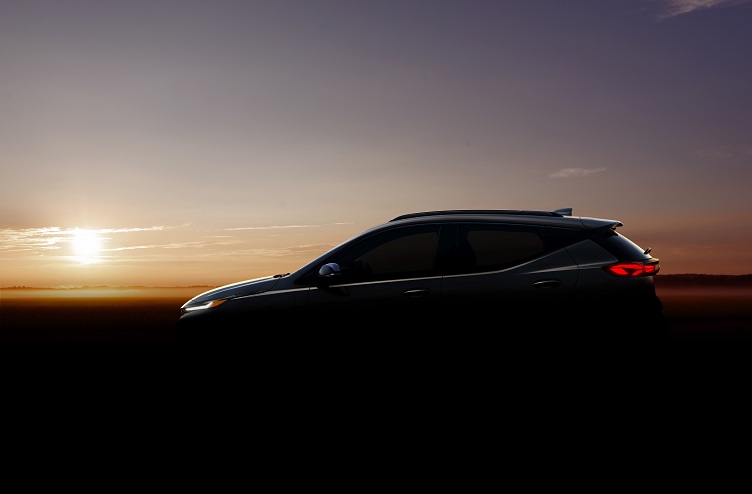 In the next 15 years, GM will transition to only battery electric or other zero-emissions vehicles such as its Bolt EV. Source: GM

There is no longer any doubt that the automotive market is headed for an electric future.

In what is potentially the biggest move to come in the all-electric vehicle (EV) evolution, General Motors said it now plans to become carbon neutral by 2040, eliminating all tailpipe emissions from new vehicles by 2035.

The announcement is a huge step up from GM’s previous declaration of having 40% of its new cars be electric by 2025. It effectively means the U.S. automotive giant will phase out gas- and diesel-powered vehicles in just 15 years and transition to only battery electric or other zero-emissions vehicle technology.

Carbon emissions from GM products accounts for 75% of its overall carbon footprint and GM plans to offer 30 all-electric models globally by mid-decade.

GM said it has signed the Business Ambition Pledge for 1.5° C, joining a coalition of UN agencies, businesses and industry leaders pledging to become carbon neutral. The company is working with the Environmental Defense Fund to develop a vision of an all-electric future and will focus on offering only zero-emissions vehicles across a range of price points as well as to build out the necessary charging infrastructure and promote consumer acceptance while maintaining jobs.

GM chairman and CEO Mary Barra said in a statement this effort is to establish a safer, greener and better world and encourages others to follow GM’s decision.

The writing has been on the wall for an all-electric automotive future. The rise in popularity of Tesla Motors’ products and a growing emphasis by consumers for greener and cleaner vehicles is pushing car makers and countries to move forward with electrification.

A little more than two years ago, both Ford and GM reorganized their workforce to focus on electrification and self-driving vehicles. GM said it will invest $27 billion in electric and autonomous vehicles in the next five years including the development of the Ultium battery technology that will be the platform to build a variety of ranges of EVs.

Volkswagen followed suit in 2019, pledging to accelerate its rollout of EVs with an investment of $21.5 billion on electrification by 2023. Volvo also has a target date of 50% of its sales to be fully electric cars by 2025. Honda plans for two-thirds of its entire sales to be electrified by this same period with a strategy to be globally electrified by 2030 and has plans to only sell EVs in Europe by 2025.

Ride-hailing company Uber pledged to become a zero-emissions platform by 2040 with 100% of rides in the U.S., Europe and Canada to take place in EVs and will invest $800 million to help transition drivers by 2025.

The move is not just being undertaken by automotive OEMs as California recently announced it would phase out gasoline powered cars and reduce demand for fossil fuels to fight climate change and the Canadian province of Quebec has a target to ban gasoline powered passenger cars by 2035. Last year, the U.K. said it will ban new petrol, diesel and hybrid car sales by 2035 to reduce air pollution and carbon emissions. The European Union struck a deal with countries to be net zero emissions by 2050, if not before.

Norway aims to be the first country to end the sale of fossil fuel-powered cars, setting a 2025 deadline. Already, 40% of new car sales are electric in Norway, a colossal difference from the 2% of average sales globally.

China, the world’s largest automotive market, plans for hybrid and EVs to make up 50% of overall new car sales in the country by 2035.

An EV for everyone

GM said more than half of GM’s capital spending and product development team will be devoted to electric and electric-autonomous vehicle programs. GM said it will offer an EV for every customer including crossovers, SUVs, trucks and sedans at all price points.

As part of the plan to become carbon neutral, GM said it will source 100% renewable energy to power its U.S. sites by 2030 and global sites by 2035 — a five-year acceleration from previous goals. GM already is the 10th largest offtaker of renewable energy in the world and received a 2020 Green Power Leadership Award from the U.S. Environmental Protection Agency.

GM said that while EVs do not emit tailpipe emissions, they must also be charged with electricity generated from renewable sources such as wind or solar. GM plans to work with utilities and developers to support investments in renewable energy found in and around communities near GM facilities, both domestically and internationally. It plans to do this via power purchase agreements and green tariffs.

Additionally, GM is working with EVgo to triple the size of its public fast charging network, adding more than 2,700 new fast chargers by the end of 2025. These will also be powered by 100% renewable energy, the company said.