Nicolette Emmino
There’s a new type of wearable technology on the market set to begin production. It's not a watch or a fitness tracker-- it’s a wearable capable of turning ordinary clothing into connected clothing.

The device, called Broadsword Spine, has been designed as an alternative to heavy portable data and power supplies that are currently carried by military and emergency service personnel.

BAE Systems has entered into numerous partnerships with textile and intelligence companies to help deliver the technology to these groups. 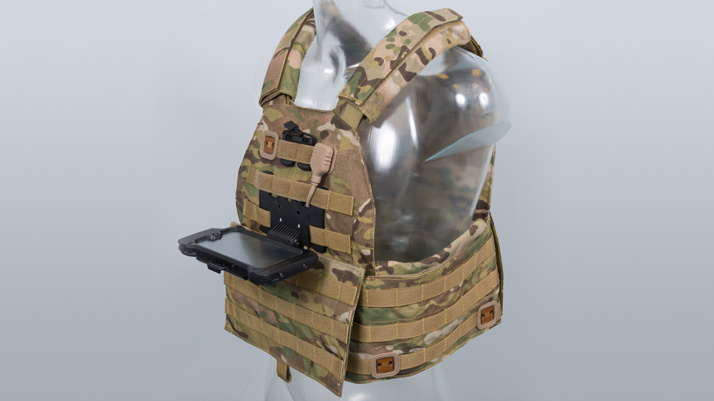 The device is an e-textile based layer that can be added to a user’s clothing in order to create an invisible electronic network and power supply via conductive fabrics, instead of wires and cables. Using the network, wearers can plug electronic devices straight into their vest, jacket or belt and have them instantly hooked into power and data via USB.

The lightweight technology will be delivered to personnel including the armed forces, fire and rescue services and law enforcement – groups that typically rely on electronic equipment and a durable power supply.

The device was also designed to withstand harsh environments, and is fire, water, and shock resistant, and can be recharged in the field via in-vehicle charging points or by replacing the battery.

“Broadsword Spine will deliver a lightweight, cable free and better alternative to existing systems. It is the first product of our partnership with ITL and uses its revolutionary e-textile allowing power and data to move through fabric,” said Paul Burke, Defense Information and Technology Director within Military Air and Information. “It will be more flexible, robust and lighter than the heavy, unwieldy harnesses which are currently used. Broadsword® Spine® offers an open architecture, meaning it could be used to power communications used by anyone from a soldier on the battlefield to a first responder called to an emergency.”