A decline in the demand coming from the information technology (IT) market and global currency issues in most regions have impacted the shipment of large-area TFT liquid crystal displays (LCDs) in the first half of 2015, according to a new report from IHS.

In view of the currency issues in most regions, import prices rose in the first half of the year causing large-sized LCD manufacturers to incur lower margins. In the IT market, excess inventory levels caused a low demand while aggressive buying by global TV brands kept prices high. 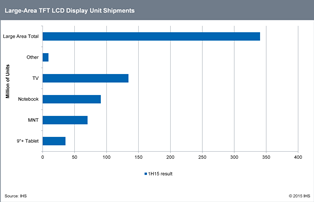 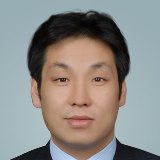 He says because the TV sell-in was worse than expected, TV makers have higher inventories resulting in decreased TV panel demand and this will have an impact on TV panel prices in the second half of this year.