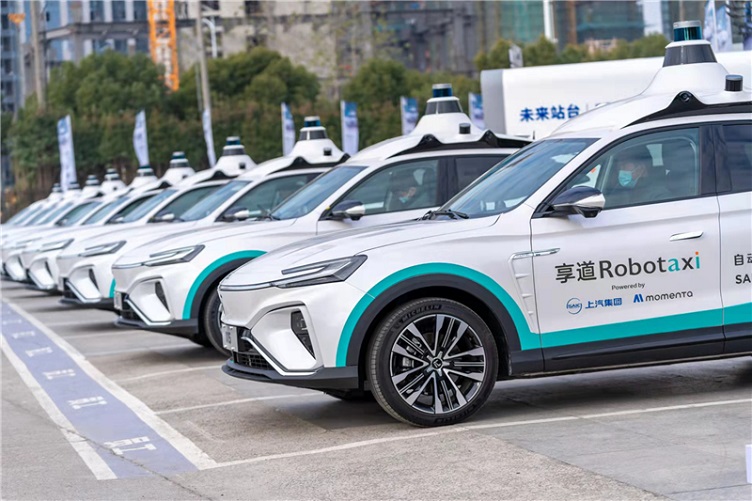 SAIC Motor robotaxis on the streets of Shanghai where the company will expand its service with the second-generation autonomous vehicles. Source: SAIC Motor

SAIC Motor, one of China’s largest automotive OEMs, plans to launch robotaxi service in the city of Shenzhen.

The company is one of a growing list of companies that are testing autonomous vehicles in the country with others like Pony.ai, Baidu, XPeng and Xiaomi. Previously, SAIC partnered with Pony.ai for robotaxi project in Shanghai, China.

According to a report from Gasgoo, SAIC Motor will also expand the current service going in Shanghai’s Lingang area and Anting Town using second-generation SAIC robotaxis for the first time. This will take place simultaneously during the first service in Shenzhen.

Earlier this year, XPeng was the latest company to enter the testing of robotaxis in China with service beginning in Guangzhou, China, using its G9 autonomous SUV, which the company claims is the first unmodified commercial vehicle to qualify for testing on public Chinese roads.