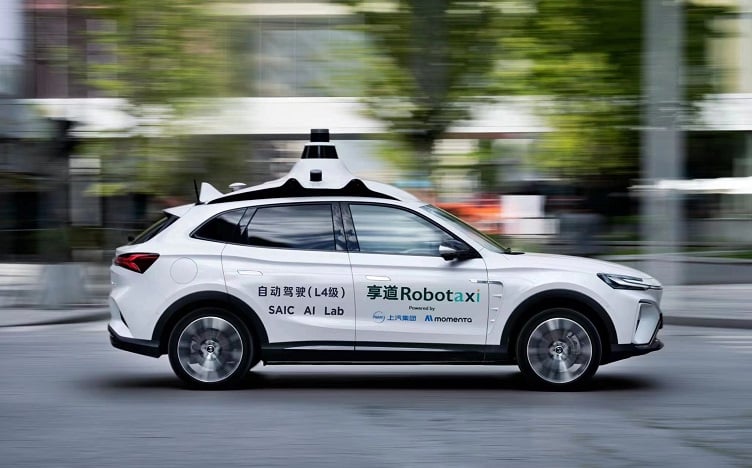 Momenta and SAIC Mobility will begin the pilot project in Shanghai with 20 cars that will transport passengers in the city with the goal to increase this fleet in 2022. Source: Momenta

Yet another robotic taxi trial service has started in China, this time in the city of Shanghai by self-driving startup Momenta and SAIC Mobility.

The goal of the project is to test and validate potential commercial applications by using 20 vehicles that will use Momenta’s autonomous driving technology.

The trial from Momenta joins a growing list of projects taking place in China for the testing of autonomous vehicles. China is the world’s largest automotive market, making inroads in how robotaxis and autonomous vehicles can help to transition the country from single riders to ride-hailing services to help curb congestion and climate change.

Projects that have been launched this year include:

Momenta, which earlier this year received $300 million in investment from General Motors, said its technologies will help deploy safer and more convenient driving solutions for the Chinese market.

The fleet of vehicles that will be used in the project was announced at SAIC Mobility Robotaxi Experience Day that was held in the Jiading province of Shanghai. The companies are exploring how Level 4 autonomous driving technology will work to improve urban travel scenarios.

Momenta has established partnerships with many leading automotive OEMs including GM, Toyota, Mercedes-Benz as well as chip suppliers such as Bosch.

The company plans to work with these companies to deploy autonomous driving technology to focus on mass production ready self-driving cars and to target full autonomy in the future.