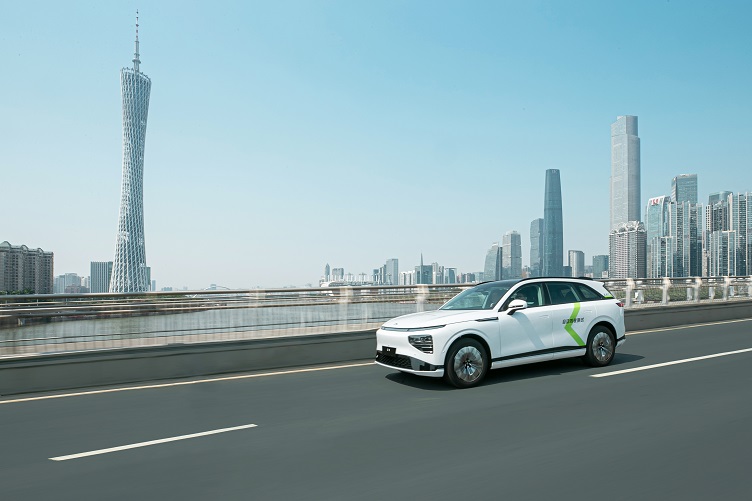 XPeng’s G9 SUV will soon be on the roads of Guangzhou, China as it tests its autonomous technology on public streets. Source: XPeng

XPeng Inc. has obtained a road permit from the Guangzhou, China, government, allowing it to test its G9 autonomous SUV on designated public roads.

The company said it is the first unmodified commercial vehicle to qualify for autonomous driving tests on public Chinese roads.

The XPeng G9 SUV is produced without any hardware reconfiguration but only software upgrades and it is qualified to conduct the testing on public roads in Guangzhou.

“Our approach by using mass-produced commercial vehicles to explore mobility solutions will build a strong foundation to realize economies of scale,” said Xinzhou Wu, vice president of autonomous driving center at XPeng. “Significant cost efficiency brings us another step closer to commercializing robotaxis in the future.”

The company will use its technology stack to integrate advanced driver assistance systems (ADAS) with autonomous driving machine-learning-based training models. This will help to accelerate software iterations with a closed-loop data feedback.

The autonomous driving road test vehicles will use the same hardware suite as the G9 commercial vehicles including sensors for perception, computing and vehicle control systems.

XPeng will join Baidu and Pony.ai as companies that are testing robotaxis on public streets in China. Baidu and Pony.ai started testing driverless robotaxis in the Chinese capital of Beijing earlier this year. Both companies have also been approved to charge for robotaxi services in Beijing, the first companies to be allowed to do so.