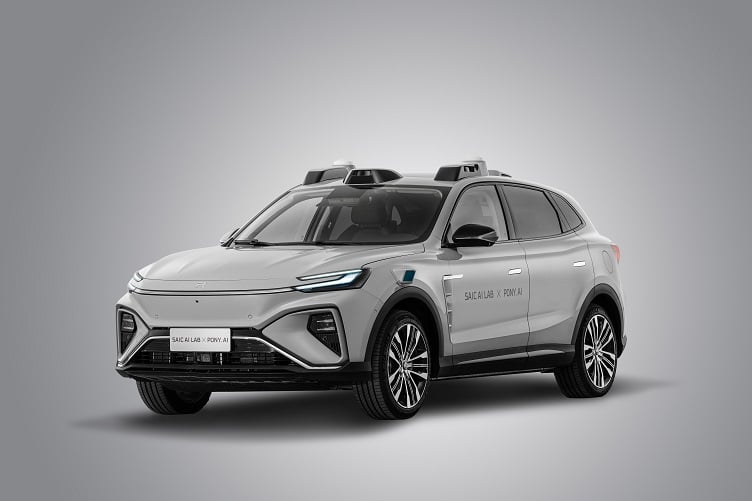 The Marvel R Model vehicle will be used as the concept vehicle in the SAIC and Pony.ai collaboration that will eventually be used for a fleet of robotaxis in the country. Source: Pony.ai

Pony.ai is collaborating with SAIC AI Lab, a division of Shanghai Automotive Industry Corp. (SAIC), one of the largest automakers in China, to develop a concept vehicle based on the SAIC Marvel R Model powered by Pony.ai’s Level 4 driverless technology.

The goal is to build a fleet of autonomous vehicles with Level 4 technology. The concept car will be equipped with the latest generation of Pony.ai technology using 17 integrated automotive-grade sensors for a 360° visual range covering 200 meters.

The concept vehicle will also include:

The companies are collaborating so that concept vehicles and, eventually, the fleet of autonomous cars will promote the implementation of Shanghai’s driverless policy. Ultimately, these vehicles will help to accelerate widespread commercial adoption of robotaxis across multiple cities in China.

Shanghai’s Driverless Demo Zone is part of a national intelligent vehicle pilot taking place in the Chinese megacity that will include an area of 3.8 kilometers of semi-closed roads at Shanghai Auto Expo Park. The first 1.2 kilometers have already been constructed and are in use. The remaining roads will be completed by the end of the year.

The two companies will work together in the future for intelligent transportation and into robotaxi service programs.