Intel to break ground on new fabs in Ohio 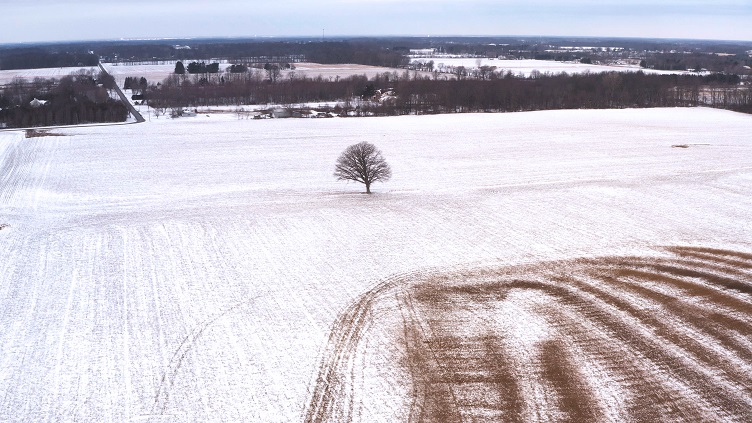 The location of the new Intel semiconductor manufacturing fabrication facility. Intel will break ground on this site next week as part of the CHIPS and Science Act funding sponsored by the U.S. government. Source: Intel

Intel Corp. will break ground on September 9 on its first new manufacturing site in decades in Licking County, Ohio, where two new semiconductor fabs will be constructed.

U.S. President Joe Biden will deliver remarks at the groundbreaking ceremony promoting the CHIPS and Science Act, a bipartisan bill that would provide $52 billion in incentives, tax breaks and funding for semiconductor manufacturing and R&D. Biden signed the bill into law last month.

Intel announced it would invest more than $20 billion in semiconductor manufacturing in Ohio that would produce leading-edge chips and support many high-paying, high-tech jobs.

While Intel already had committed to building two fabs at its Ocotillo campus in Arizona — which it just recently got additional funding from a third party for — Intel said previously it was waiting for the CHIPS and Science Act to be passed before breaking ground on the planned fabs in Ohio.

While it is unclear how much money Intel will be receiving from the government for the Ohio fabs, it was obviously an important factor to breaking ground in the state. Intel has already started construction on the two fabs to expand the Arizona chip manufacturing site.

When the COVID-19 pandemic hit, this aggregation of the semiconductor supply chain caused a massive semiconductor shortage that has lasted for more than two years. With new U.S. government support, the hope is that chipmakers will be wooed into building new sites in the U.S. so that when another pandemic happens, or a geopolitical issue emerges, the supply chain will be more resilient.

The two fabs Intel is building in Arizona will have an investment of $30 billion and Intel pledged to spend about $20 billion on the factories in Ohio.

Foundry leader Taiwan Semiconductor Manufacturing Co. (TSMC) said it would spend at least $12 billion on the state-of-the-art fab it is building in Arizona. But it could expand that site into a so-called “gigafab” where it may invest $35 billion, tripling its investment.

However, this additional expansion may also rely on the CHIPS and Science Act for funding as well as both TSMC and Samsung both lobbied to be included in consideration for incentives during its formation.

Samsung is building a new fab in Tyler, Texas, where it will spend $17 billion. However, it may expand its fab plans moving forward as documents filed showed plans to build some 10 more fabs in Texas over the next 15 years, which would cost some $200 billion. Again, it is unclear if this is posturing for inclusion in the CHIPS and Science Act or if the company has real plans for expansion.