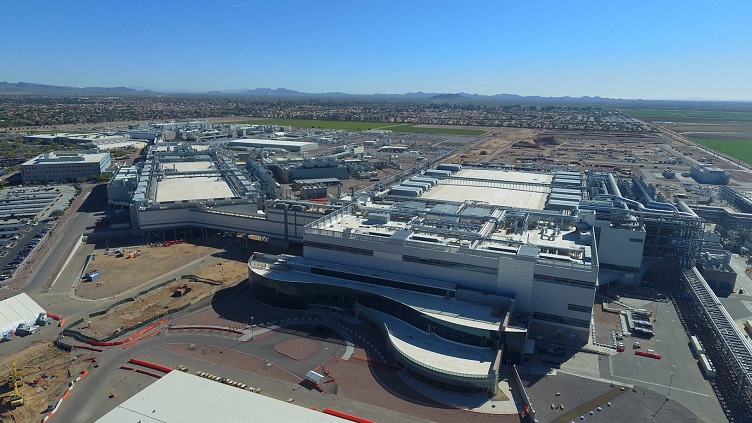 Intel’s Ocotillo campus in Chandler, Ariz. will be the site of two new fabs as well as part of Intel’s new foundry business. Source: Intel

As part of its strategy to strengthen domestic U.S. semiconductor manufacturing, Intel Corp. said it will break ground this week on its two new chip factories at its Ocotillo campus in Chandler, Arizona.

Intel will begin construction on the fabs starting on Friday, Sept. 24, when Pat Gelsinger, CEO of Intel, will be joined by government and community leaders for a ceremony to celebrate what it claims is the largest private-sector investment in Arizona history.

Announced earlier this year, Intel said it will invest some $20 billion in the two fabs and simultaneously create a new foundry business model providing chip manufacturing capabilities to U.S. and European fabless companies as part of its Intel Foundry Services.

Since the outbreak of the COVID-19 pandemic, semiconductor manufacturing has been hit hard with supply chain issues causing a shortage in semiconductors, particularly in the automotive sector. While COVID-19 is the root cause of the shortage, it served as the final straw for many organizations in the U.S. as well as domestic companies to call for an expansion of domestic chipmaking.

The U.S. government is also behind the boost to increase U.S. domestic chip manufacturing. Earlier this year, the Senate passed the United States Innovation and Competition Act (USICA), which includes funding for Creating Helpful Incentives to Produce Semiconductors (CHIPS) for America Act, a bill that would help to increase U.S. domestic semiconductor manufacturing.

Intel is not the only company looking to invest in the U.S. as Taiwan Semiconductor Manufacturing Co. (TSMC) broke ground on its own new fab in Arizona that the company will initially spend $12 billion on. Reports have indicated that the company may triple this initial investment to $35 billion to create a “gigafab” to help meet chip demand. Samsung is also in talks to build a new fab in the U.S. to further chip demand that is expected to rise 5% over the next decade due to increased penetration of semiconductors in all industries.