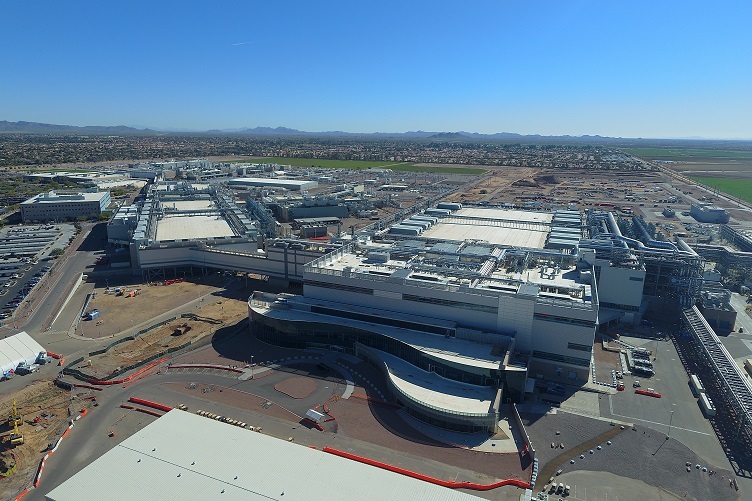 Intel corp. has entered what it calls a first-of-its-kind semiconductor manufacturing agreement where it would get help with funding from Brookfield Asset Management for the expansion of its Ocotillo campus in Chandler, Arizona.

Under the agreement, the companies will jointly invest up to $30 billion in Intel’s previously announced manufacturing expansion at the Arizona location with Intel funding 51% and Brookfield funding 49%.

In March of 2021, Intel announced it would build two new fabs at the campus and would invest $20 billion. At that time, Intel said it would use the fab to expand capacity for its own products as well as provide capacity for its new Intel Foundry Services (IFS), providing chipmaking for European and U.S.-based companies.

Intel will retain a majority ownership and operating control of the two leading-edge chip factories that will be built at the site.

“This landmark arrangement is an important step forward for Intel’s Smart Capital approach and builds on the momentum from the recent passage of the CHIPS Act in the U.S.,” said David Zinsner, Intel CFO.

Zinsner said the agreement will allow Intel to increase flexibility while maintaining capacity on its balance sheet to create a more distributed and resilient supply chain.

For Intel, the deal obviously gives them some support with a new pool of capital while protecting cash and debt capacity for future investments, the company said.

For Brookfield, it gives them a new source of investment as well as a foothold in the digital backbone of the global economy that is only expanding with the CHIPS and Science Act that was passed recently in the U.S. and the European Chips Act that will secure funding for the expansion of semiconductor manufacturing in Europe.

Intel said this co-investment program with Brookfield is how private capacity is unlocked and becomes a multiplier for government incentives for semiconductor manufacturing expansion.