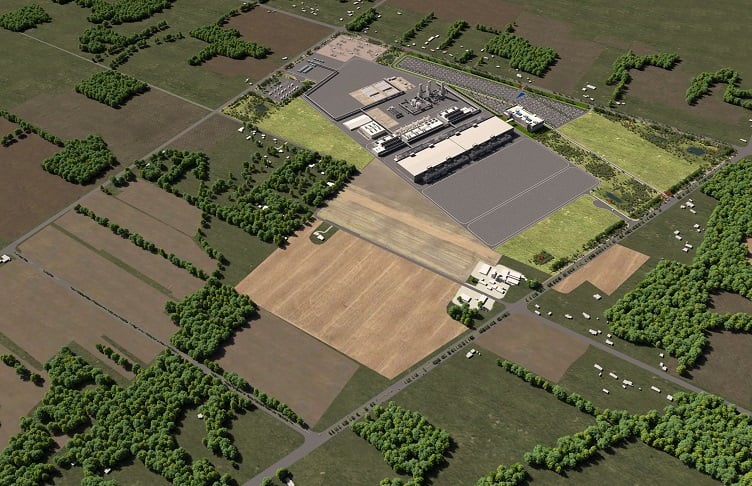 An artist rendering of the location in New Albany, Ohio where Intel will build two new fabs, investing $20 billion. It is one of numerous new projects for domestic semiconductor manufacturing spurred by the CHIPS and Science Act. Source: Intel

The CHIPS and Science Act has already attracted more than 40 new semiconductor ecosystem projects across the U.S. to the tune of $186.6 billion, according to the Semiconductor Industry Association (SIA).

The projects associated with the CHIPS Act, which was signed into law by U.S. President Joe Biden in August, include the construction of new semiconductor manufacturing fabs and expansions of existing sites and facilities that supply the materials and equipment used in chip manufacturing.

The $200 billion in private investments span across 16 states and will all help to increase domestic chip manufacturing capacity, SIA said. These projects will create 40,000 new jobs in the semiconductor supply chain as part of the new projects, which will also support many more jobs to the broader U.S. economy.

Some of these projects have already started groundbreaking and construction activities with some production to start as early as the end of 2024. Other projects will begin construction in 2023. In total, announced projects include the construction of 23 new chip fabs and expansion of nine fabs.

The new projects include:

SIA said that semiconductor fab construction spurs investments by suppliers of materials, chemicals and equipment. Because of this, companies that supply chip manufacturing equipment and materials used in production of chips — high-purity chemicals, specialty gases and wafers — are also expanding and investing in several facilities to support increased U.S. domestic manufacturing.

The share of modern semiconductor manufacturing located in the U.S. has fallen from 37% in 1990 to just 12% today, according to the SIA.

When the COVID-19 pandemic hit, this aggregation of the semiconductor supply chain caused a massive semiconductor shortage that has lasted nearly three years. With new U.S. government support, the hope is that chipmakers will be wooed into building new sites in the U.S. so that if another pandemic happens or a geopolitical issue emerges, the supply chain will be more resilient.