Pony.ai aims for L4 robotrucks in production by 2024 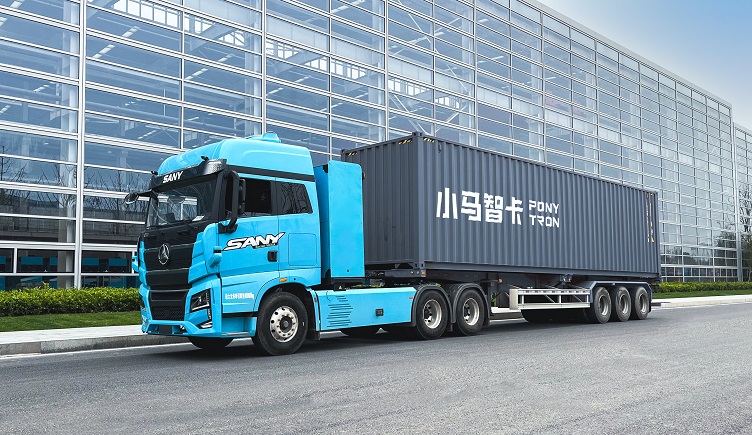 Pony.ai and Sany will develop robotrucks based on its Sany electric vehicle program with plans to begin testing the vehicles this year and 2023 before production begins in 2024. Source: Pony.ai

The first prototype robotruck built on Sany’s electric vehicle (EV) platform is already undergoing road testing. The joint venture autonomous truck product portfolio will include a mix of new energy vehicles (NEV) and fuel-based with the aim to increase the proportion of NEV trucks in the future.

The trucks will be of automotive-grade and have L4-class redundancies. At Level 4 autonomy, the car assumes all driving tasks under nearly all conditions without any driver attention, however a passenger can take over driving when the self-driving systems are unable to continue.

(Learn about the levels of autonomous vehicles on Globalspec.com)

The need for robotrucks comes as the market for logistics is growing quickly due to the growth of e-commerce and on-demand deliveries. The problem is the current drivers in the logistic market are aging to a point of retirement, leaving a massive need for more drivers as well as trucks.

Other factors driving demand for robotrucks include:

Developing robotrucks is just one of the projects that Pony.ai is working on. Earlier this year, Pony.ai became one of two companies that are testing driverless robotaxis in Beijing, China.

The permit to test robotaxis in Beijing allows the company to offer ride hailing without a safety driver present within a 23 square mile area of the Beijing Economic and Technological Development Zone. Pony.ai said it will still have safety drivers in the front passenger seats, but it could deploy driverless vehicles in the future.

Pony.ai was also testing robotaxis in California's Bay Area and it was the eighth company to receive a driverless permit in California. However, plans stalled after one of the Pony.ai vehicles operating in autonomous mode was involved in an accident in the city of Fremont, California.