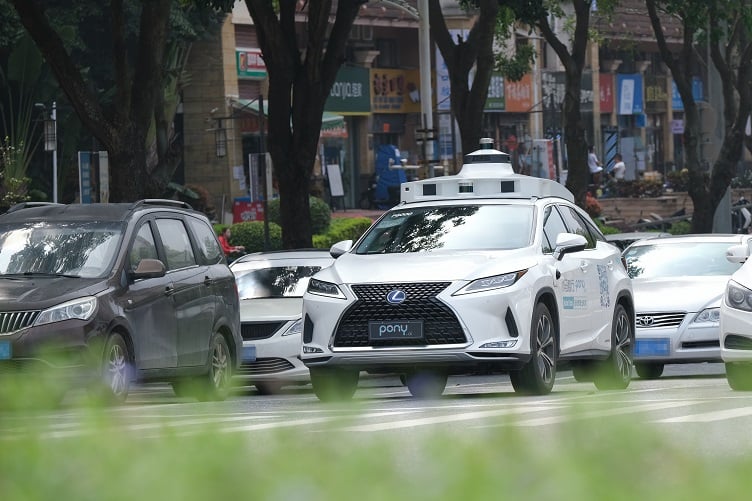 Receiving a taxi license in China will allow robotaxi ride hailing to be added to Guangzhou, China’s transportation services for passengers needing a ride in the busy city. Source: Pony.ai

Pony.ai has received what it claims is the first and only autonomous driving taxi license in China.

The permit allows Pony.ai to operate 100 autonomous vehicles as traditional taxis in Nansha, Guangzhou. Starting in May, Pony.ai will start charging fares in the 800 square kilometer area of Nansha with 100 robotaxis and intends to expand the scale and scope of service to other areas of Guangzhou.

Using the PonyPilot App, passengers can hail rides and pay for the service. The robotaxis will operate both during the day and at night with fares based on standard taxi pricing in Guangzhou. A safety driver will be inside the taxis initially, but the company expects to remove the driver over a short time frame.

This will be Pony.ai’s second paid autonomous robotaxi service in China after receiving a permit to charge money for ride hailing from autonomous vehicles in Beijing, China, in December of 2021.

Pony.ai has autonomous vehicle testing operations in all four of China’s Tier-1 cities and in California, although its driverless program was suspended late last year after an non-injury related accident happened.

The company needed to pass safety and other multi-faceted vehicle qualification tests set forth by the Chinese government including having at least 24 months of autonomous driving testing in China and other countries.

Also, the company needed to have at least 1 million kilometers of testing mileage, at least 200,000 kilometers of AD testing in Guangzhou’s test area and no involvement in any active liability traffic accidents.

“The inclusion of autonomous vehicles in the unified and standardized management of taxis proves that both government policy and the public are increasingly accepting robotaxis as a form of everyday transportation, recognizing the ride experience and technical stability of Pony.ai's robotaxi,” said Tiancheng Lou, co-founder and CTO of Pony.ai.