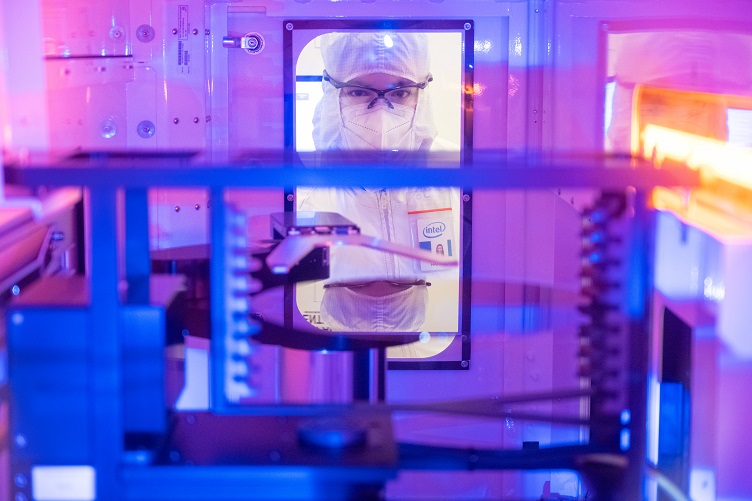 The U.S. Senate passed this week the new version of the CHIPS for America Act, a bill that would provide $52 billion in grants and incentives to semiconductor manufacturers to build new fabs in the country and boost R&D efforts.

A version of the CHIPS for America Act was passed by the Senate in June of 2021 and the House of Representatives passed its version of the bill in February. Both houses were meeting to finalize the overall larger bill when political rifts emerged, threatening the bill. Lawmakers feeling pressure from President Biden and semiconductor CEOs moved the CHIPS for America Act to a small bill as a result.

The next step for the modified version of the CHIPS for America Act would be for the Senate to pass a final vote and then pass it down to the House.

“The Senate CHIPS Act would greatly strengthen America’s economy, national security and leadership in the technologies that will determine our future,” said John Neuffer, president and CEO of the Semiconductor Industry Association (SIA). “The bill would spur hundreds of billions of dollars in private semiconductor investments in America, create hundreds of thousands of U.S. jobs, and help ensure our country has the chips it needs for critical defense applications and sectors of the economy.”

Neuffer said the SIA looks forward to the final Senate passage and then swift approval in the House and said this was the chance for America to reinvigorate chip manufacturing, design and research domestically.

GlobalFoundries, a pure play foundry based in Malta, New York, said that semiconductor growth is soaring with use of the devices growing substantially in vehicles, internet of things (IoT), 5G, mobile devices, home appliances and more.

“Today’s vote is an important, necessary and welcome milestone in an effort to develop and enact policies that strengthen U.S. high-tech manufacturing competitiveness, economic and national security, and create high-paying semiconductor manufacturing jobs in America,” said Thomas Caulfield, president and CEO of GF. “The past two years have clearly shown how vitally important chips are to American consumers, businesses and the economic health of our nation, both today and in the future.”

According to a report from Reuters, many U.S. chipmakers are concerned that the legislation disproportionately benefits manufacturers such as Intel Corp. that have their own manufacturing capabilities versus those that are fabless.

The belief is that the CHIPS Act would do little to help fabless companies such as AMD, Qualcomm and Nvidia, who are larger chipmakers but that do not own their own semiconductor manufacturing facilities. Another point of contention is that the act has no design tax credit for design activities, which again would benefit just a few companies rather than the whole of U.S. chipmakers.

Additionally, Taiwan Semiconductor Manufacturing Co. and Samsung Electronics — the two largest semiconductor foundries in the world — both have lobbied to be included in the CHIPS for America Act and were among those to send a letter to Congress to act fast on approval of the bill.

According to the Reuters report, these companies, who were not named, support the separate Facilitating American Built Semiconductors (FABS) Act, which was introduced by the U.S. House of Representatives. The bipartisan legislation would provide a 25% refundable investment tax credit (RITC) to semiconductor companies for investments in manufacturing or into research and design of next generation semiconductors.

The SIA called the FABS Act an important complement to the manufacturing incentives and research investments already in place in the country, in addition to the CHIPS for America Act.

Intel for its part has made bold moves to expand its semiconductor manufacturing, including the formation of the Intel Foundry Services (IFS), where it would provide manufacturing services for both U.S. and European companies.

Part of this foundry services would be carried out by Tower Semiconductor, which Intel made a bid to acquire in February for $5.4 billion. Intel already signed up two big names for its foundry services in Amazon and Qualcomm.

Additionally, Intel is building two fabs at its Ocotillo campus in Chandler, Arizona, for $20 billion, which the company recently broke ground on. These two fabs will be used to manufacture state-of-the-art semiconductors as well as serve as Intel’s recently launched foundry services.

Intel also moved to invest another $20 billon in the construction of two leading-edge chip factories in Ohio. Intel said the fab construction will be the single largest private-sector investment in Ohio’s history with the initial phase of the project expected to create 3,000 Intel jobs and 7,000 construction jobs over the course of the build. The project will also support tens of thousands of additional local long-term jobs across an ecosystem of suppliers and partners.

The site will span 1,000 acres in Licking County, which is just outside of Columbus. The site can support up to eight chip factories and support operations and ecosystem partners. Intel said the total investment in the potential mega-site could reach as much as $100 billion over the next decade — making it one of the largest semiconductor manufacturing sites in the world.