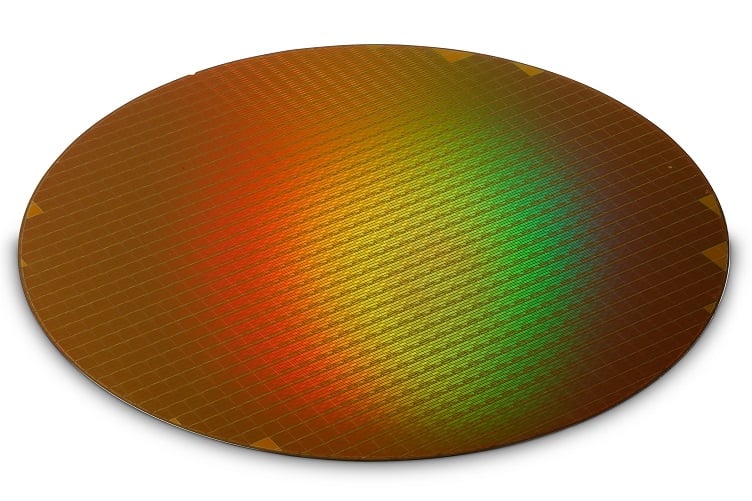 A semiconductor wafer manufactured by Micron and containing memory ICs. Micron will make what is says is the largest domestic U.S. investment in memory in history with help from the CHIPS and Science Act. Source: Micron

On the same day that U.S. President Joe Biden signed the CHIPS and Science Act into law, memory chip maker Micron Technology Inc. will invest in what it claims is the largest memory electronics funding initiative in the U.S.

Micron said it will spend $40 billion through the next decade to build leading-edge memory manufacturing in multiple phases in America. The funding will create 40,000 American jobs including 5,000 highly paid technical and operational roles inside Micron, the company said.

Biden signed the CHIPS and Science Act after Congress approved the bill last week. The act will provide $52 billion in grants, credits and incentives for chip makers to build new semiconductor fabrication plants, or fabs, in the U.S. Micron pointed to the passing of the CHIPS Act as part of the motivation for the investment and that the investment will help Micron with some of the costs of construction.

Micron is the largest domestic U.S. manufacturer of memory semiconductors, producing DRAM and flash memory. Micron said production of wafers at the new facilities will begin in the second half of the decade, ramping overall supply in line with industry demand trends.

And more memory will be needed as it becomes a critical electronic component in segments such as automotive, data centers, edge computing and 5G. Artificial intelligence will also fuel the trend to include more memory in electronic designs.

Since the COVID-19 pandemic, the government, electronic vendors and trade organizations in the U.S. have been calling for the expansion of domestic semiconductor manufacturing after a chip shortage crippled many parts of the supply chain for years. 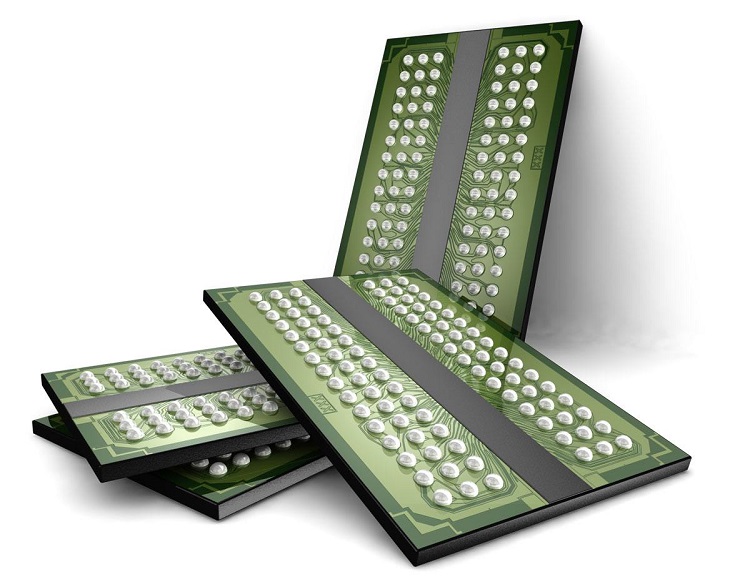 A DDR4 SDRAM memory module from Micron. The fabs that Micron will build through the next decade will create 40,000 American jobs including 5,000 high tech jobs. Source: Micron

The hope is that if more fabs are built inside the U.S. before the next pandemic or geopolitical issue happens, the supply chain will be in better shape and more resilient. There is also hope that the U.S. will have more access to semiconductors domestically, thereby shoring up national security.

Sanjay Mehrotra, president and CEO of Micron, said the CHIPS and Science Act will allow Micron to grow domestic production of memory from less than 2% to up to 10% of the global market in the next decade while also increasing R&D for new technology breakthroughs.

The passing of the CHIPS Act has been a long time coming. As COVID-19 raged in late 2020, a bipartisan bill was enacted called the Creating Helpful Incentives to Produce Semiconductors (CHIPS) for America Act.

The bill was effectively enacted in the FY 2021 National Defense Authorization Act by Congress, and it was later passed in the Senate as part of the U.S. Innovation and Competition Act (USICA) (S.1260) on June 8, 2021. In July 2022, the CHIPS Act became the CHIPS and Science Act in a slimmed down bill that could pass through Congress and bring incentives to U.S.-based semiconductor manufacturing immediately, which is the version Biden ended up signing.

Pat Gelsinger, CEO of Intel Corp., said it will work with the Department of Commerce on the implementation of the initiative.

Intel is committed to restoring end-to-end leadership, innovation and manufacturing here in the U.S.,” Gelsinger said. “We are doing our part and the federal government has now done their part.”

Tim Archer, CEO of Lam Research, said the passing of the CHIPS Act would be “beneficial for the semiconductor ecosystem” and for the U.S. “economy at large.”

The industry provides tens of thousands of jobs in the U.S. including nanoscale engineering, materials science, advanced robotics and manufacturing. The CHIPS Act will further provide more jobs, security and a supply of semiconductors as well as help to introduce new innovations that could spawn advancements in carbon reduction, devastating diseases and more, Archer said.