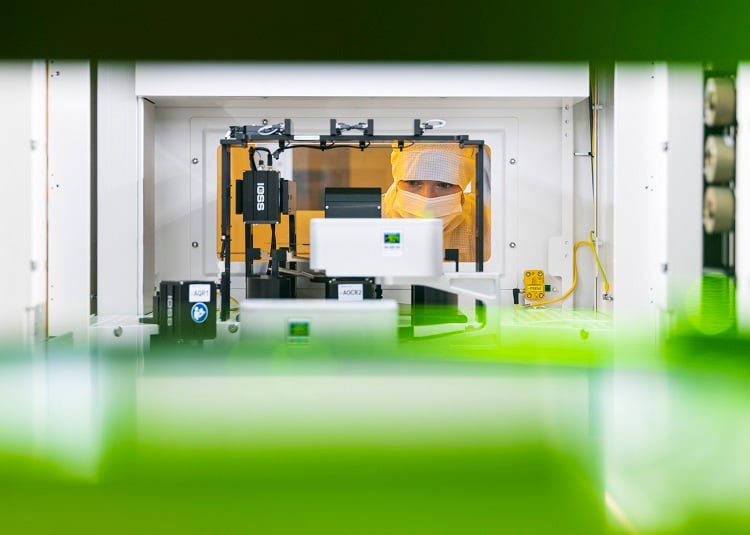 Increasing domestic chip manufacturing in the U.S. will help with competitiveness as well as create jobs in the country. Source: Bosch

The Senate has passed the United States Innovation and Competition Act (USICA), which includes funding for Creating Helpful Incentives to Produce Semiconductors (CHIPS) for America Act, a bill that would help to increase U.S. domestic semiconductor manufacturing.

Previously, the CHIPS for America Act was passed under part of the National Defense Authorization Act (NDAA) and later as the Endless Frontier Act, and then expanded under its current name of USICA.

“Senate passage of USICA is a pivotal step toward strengthening U.S. semiconductor production and innovation and an indication of the strong, bipartisan support in Washington for ensuring sustained American leadership in science and technology,” said John Neuffer, president and CEO of the SIA. “We call on the House to swiftly pass needed federal investments in domestic chip technology and send legislation to the President’s desk to be signed into law. Enactment of these investments would help strengthen America’s economy, national security, technology leadership, and global competitiveness for years to come.”

The share of global semiconductor manufacturing capacity in the U.S. has fallen from 37% in 1990 to just 12% today, according to the SIA. This decline is due to foreign countries offering substantial subsidies to global competitors to build new fabs. This placed the U.S. at a competitive disadvantage in attracting new construction of chip fabs.

This comes as the U.S. accounted for the majority of semiconductor sales worldwide in 2020, capturing 55% of the total market.

If nothing is done to correct this disparity, it is expected that the divide will grow even further with the U.S. manufacturing only 10% of the world’s chips in the next decade.

The COVID-19 pandemic revealed flaws in supply chain aggregation with the majority of semiconductor manufacturing taking place in Taiwan, Korea and China. When supply chain issues emerge, it can be catastrophic for the entire industry, which happened with the coronavirus when lockdowns and stay-at-home orders caused factories to close temporarily.

“We applaud the United States Senate for its bipartisan commitment to strengthening the domestic semiconductor supply chain. Congress clearly recognizes that semiconductors are one of our most vital resources,” said Tom Caulfield, CEO of GlobalFoundries. “Today, with the Senate’s support and passage of the U.S. Innovation and Competition Act, we took a critical step forward and are looking forward to a swift passage in the House. This investment in semiconductor manufacturing will help pave the way for GlobalFoundries to accelerate our plans to expand in the United States, creating high-paying jobs and increasing capacity.”

According to an SIA and Oxford Economics 2021 study, a $50 billion federal investment program to grow domestic semiconductor manufacturing would create an average of 185,000 American jobs annually and add $24.6 billion to the U.S. economy as new chip fabs are constructed from 2021 to 2026.

The study also found that such federal investments would add 280,000 permanent jobs to the U.S. economy beyond 2026 including 42,000 direct semiconductor industry jobs.

“For everything from national security to economic policy, there's a clear and urgent need to reorient the way our country views and responds to the challenge from China,” said Senator John Cornyn (R-TX), who helped draft the CHIPS for America Act. “The cornerstone of this legislation, of course, is funding to bolster domestic semiconductor manufacturing so the United States can compete with China and secure some of our most critical supply chains.”

While the bill will help to increase funding to bring more fabs to the U.S., facilities are already being planned.

Taiwan Semiconductor Manufacturing Co. (TSMC) this month started construction on its new fab site in Arizona. The company plans to spend at least $12 billion on the fab, but reports indicate the company may spend $35 billion, tripling its original investment, to build a gigafab at the Arizona location that would take 10 to 15 years to construct.

Intel is also building two new fabs at its Ocotillo campus in Chandler, Arizona. Intel is investing $20 billion in the fabs as well as an additional $3.5 billion to expand its New Mexico operations for advanced chip packaging technologies.

GlobalFoundries has pledged $1.4 billion to increase output at its three factories in the U.S., Singapore and Germany. The company also recently purchased about 55 acres of undeveloped land adjacent to its Fab 8 facility in Malta, New York

There are also reports that Samsung Foundry will build another fab in or near the capital of Texas with a budget of more than $17 billion.