World’s smallest lidar can detect a range of 300 meters 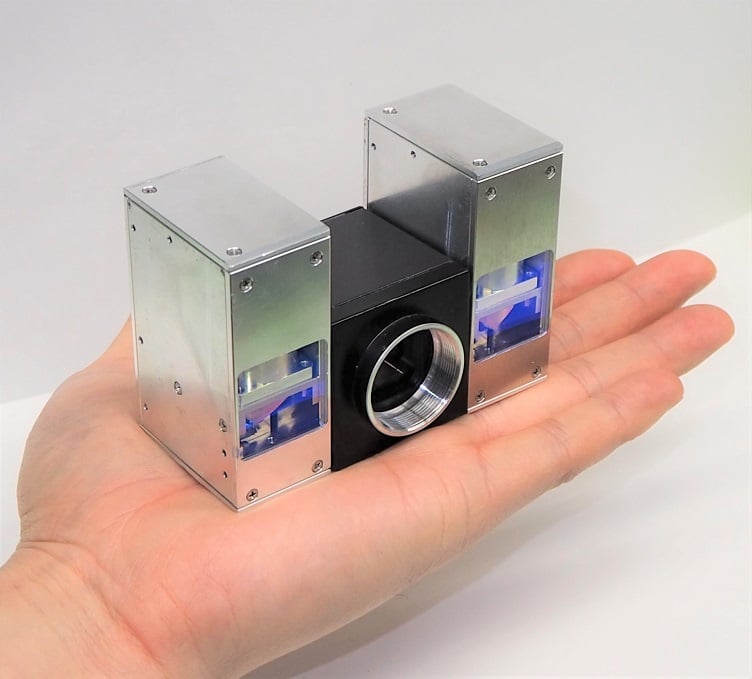 The palm-size lidar can use can project units and can be used for autonomous driving Level 4 applications. Source: Toshiba

Toshiba has introduced what it claims is the smallest lidar in the world that features a detection range of 300 meters.

The lidar can also handle Level 4 autonomous driving compared to other lidar available today that can only handle Level 3, Toshiba said. The lidar can be configured with a flexible combination of project units to handle a variety of long-range and wide-angle detection applications.

The lidar can be used for autonomous driving but also could be used in:

The small form factor could also pave the way for new partnerships in other areas where lidar has not been used yet.

With autonomous driving projects being launched every week and carmakers looking to include new features in vehicles to generate demand, road safety is more important than ever before. Currently, surveillance cameras and radar have limitations in measuring distance, Toshiba said. These technology areas also have difficulty capturing objects in 3D clearly and they operate poorly in low light conditions.

The lidar systems, on the other hand, detect road conditions and support decision-making on movement.

The system can use multiple small projector units as the laser beam source that emit an eye-safe beam in the same direction to increase effective range. By reducing the lidar to palm-sized, it reduces the motor control board by 60% against the previous prototype and uses know-how in 3D component mounting to reposition components and lenses.

Toshiba plans to commercialize the lidar by 2023.