CES 2021: Cepton wants lidar in every car, autonomous or not 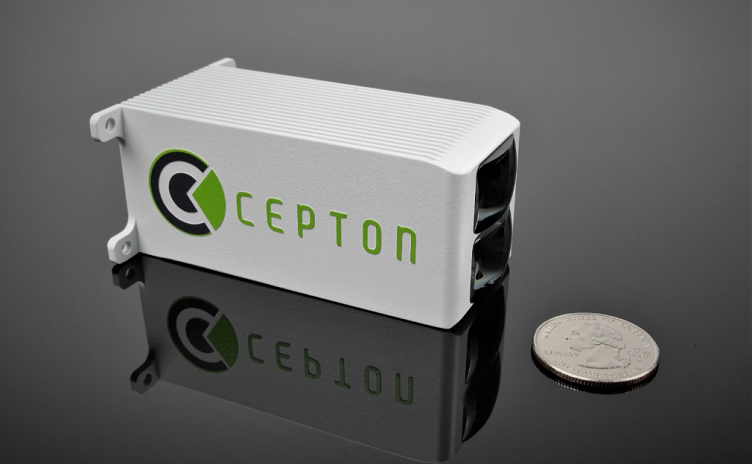 The Nova lidar sensor is a near range device that can detect objects up to 30 meters for providing extra safety in vehicles. Source: Cepton

Lidar is finding its way into a variety of use cases, but its main application from a volume and revenue standpoint will remain automotive vehicles. While most of the talk about lidar in vehicles is in the realm of the development of self-driving cars, a strong case is being made to use the technology in current vehicles to bring extra levels of safety.

Cepton CEO Dr. Jun Pei told Electronics360 that he has talked with automotive vehicle OEMs that forecast by 2030, 50% of all cars produced will have lidar. The lidar may not be used for autonomous vehicles, but more for advanced driver assistance systems (ADAS) and other safety systems.

“Lidar will take the exact same path of the camera in vehicles,” Pei said. “If you think about how many cars have cameras compared to 10 years ago, they have become almost universal. Whether it is passenger cars or commercial vehicles, all of them will adopt lidar for extra levels of safety.”

Nova is designed to address major gaps in proximity detection of objects. The sensor includes 3D imaging with a field of view of 90° to 120° horizonal (width) and 60° to 90° vertical (height). The sensor has an angular resolution of up to 0.3° with a maximum range of up to 30 meters, making it applicable for ADAS and self-driving vehicles.

“One of the most dangerous situations to get into accidents is when the car starts, in a neighborhood with people around it,” Pei said. “Slowly companies have realized lidar is a safety sensor and gives vehicles a full range of safety, especially when they begin their journey.”

Pei said that while lidar on self-driving test vehicles is typically mounted to the roof, in passenger and commercial released vehicles, lidar will be more discrete, embedded into a windshield or a headlamp where it is not noticeable. This makes developing lidar small enough to fit in these practical areas even more important. And, according to Pei, this is where the Nova will shine.

Additionally, given the high price of lidar, integrating the technology, which is priced around $100, is something that Cepton hopes will encourage the automotive industry to get behind.

The near-range lidar is targeted for volume production starting in 2023 and samples will be available later this year through Cepton’s early access program.