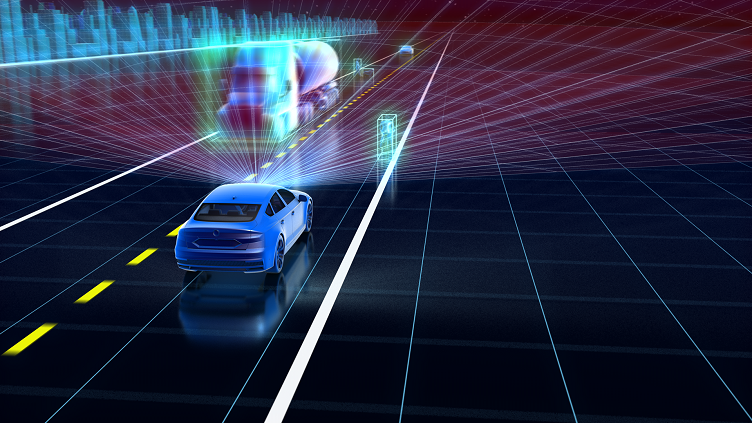 Velodyne is seeking to improve the resolution and range of its lidar systems for automotive and other applications. Source: Velodyne

The road to Level 5 autonomy in vehicles has sometimes been bumpy, and, at other times, quite distant.

There are three technologies expected to combine for fully autonomous vehicles, which also will be fully electrified, presenting challenges in the integration of edge computing and other technology.

Velodyne Lidar of San Jose, California, has been a leader in the field for years. Google’s early self-driving prototypes used Velodyne’s lidar sensors more than a decade ago.

Anand Gopalan, who was previously the company’s chief technology officer but was promoted to CEO in early 2020, explained: “There was no one common lidar architecture that would meet the needs of all the different applications.” Anand continued, “Many of these different applications have different form-factor requirements, different field-of-view requirements, different range resolution and power consumption requirements, and cost requirements. We needed to think of this as a portfolio of products. Cost obviously was going to be a key enabler to adoption across many different segments for lidar. Recently, in the past, lidar was tens of thousands of dollars. Most of these applications, we needed to get to the hundreds of dollars for mass-market adoption. And the third thing that became clear is that miniaturization is important, because for many applications for lidar, people wanted something that was embeddable, whether it is a small robot that’s delivering you packages, or whether it’s your consumer car and you want to put lidar behind the rear-view mirror.”

Velodyne set on a path to develop technologies that would lower the miniaturization size, reduce the cost of the technology and make it mass manufacturable.

“We can build millions of these units, we can build them at hundreds of dollars, we can hit the range resolution, frame-rate requirements across all these different types of applications,” Gopalan said.

Gopalan added Velodyne solved the problems with lidar through a different combination of technologies including its own ASICs, proprietary beam-sharing approaches and more.

These advances in lidar will allow it to see farther, see finer and become a ubiquitous technology for automation of all sorts of markets.

“We really see as the future of conditions of more edge computing intelligence to lidar,” Gopalan said.

Quanergy Systems of Sunnyvale, California, is another Silicon Valley developer of lidar technology. The company was founded in 2012. Daimler, Delphi Technologies, Samsung Ventures and Sensata Technologies are among the investors in the startup.

Tianyu Yu, a co-founder of Quanergy and the company’s chief development officer, talks about her company’s vision for lidar tech.

“Our goal is to democratize lidar by providing a low-cost, high-reliability platform, eventually leading to a very low-cost solution that can be deployed everywhere,” she said. “With that goal in mind, our technology stack compasses hardware, software and the solutions. In terms of the hardware, there are mechanical lidar and solid-state lidar devices, two foundations and then built on top of that, we build and test the software solution, where at the object level, you can detect to track and classify an object, and then further viewed on top of the object level, we have an analytic layer, which turns object information, locations, the speed, orientation, into actionable insights. We call that our ‘photons to insights.’”

Currently, the mechanical lidar is today’s platform for the bottom deployment and then the solid-state lidar will ultimately provide the low cost, to be the linchpin to lidar democratization, she said.

“Most of the lidars on the market are time-of-flight; basically, that’s sending a laser pulse,” Yu said. “Based on the speed of light, you can calculate the distance. The frequency-modulated continuous wave technology is also sending out pulses.”

Quanergy continues to increase the range of its lidar devices, from 5 meters to 10 meters in the beginning. Now, its devices can search up to 100 meters, according to Yu, and verging on 200 meters.

The past six months have seen multiple lidar companies going public, taking advantage of merging with a special-purpose acquisition company (SPAC), which is publicly held and looking for private companies to acquire. Velodyne Lidar last September merged with Graf Industrial Corp., a subsidiary of a SPAC, which is also known as a blank-check company.

Luminar Technologies went public through a merger with Gores Metropoulos Inc. in December. The company raised $590 million in the transaction. Ouster agreed to become a public company through a merger with a SPAC, Colonnade Acquisition Corp. The deal values Ouster at $1.9 billion. Innoviz Technologies is also going through the SPAC merger model, combining with Collective Growth Corporation, valuing Innoviz at $1.4 billion.

In conclusion, lidar technology has come a long way in the past decade, and it still has many issues to resolve in range and resolution, among other aspects.