Counterpoint: Little data to support 5G health risks, but it might save lives 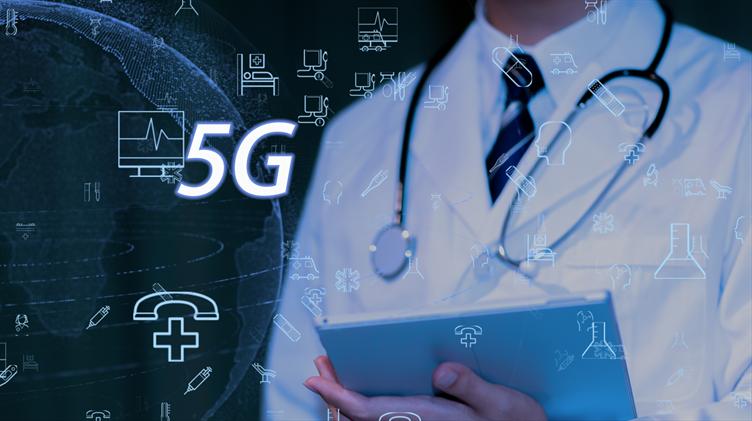 Mobile technology has seen massive leaps from the second (2G) to the fourth (4G) generations. As technology advanced to provide more bandwidth, data transfer was the prime focus instead of voice telephony, and video streaming and video calling applications became a reality.

The fifth generation (5G) of mobile technology takes communication one step further by enabling seamless interfacing between billions of devices. Mobile generations up to 4G used frequencies less than 6 GHz. 5G is expected to use both lower frequency bands as well as higher frequency bands in the mmWave spectrum.

The deployment of 5G technology is still in the nascent stage. Most deployments are around 3.5 GHz, with a few thus far in the 28 GHz mmWave band.

The use of higher frequencies, which provide higher bandwidth, will also require communication towers or devices to be placed in a network denser than the existing networks. Consequently, with more communication towers and a much higher number of connected devices, the rise of 5G technology will greatly increase human exposure to electromagnetic radiation.

However, a cursory review of key studies indicates this increase will not impact human health.

Over the years, numerous studies have been conducted to assess the health impacts of 2G, 3G and 4G technologies, primarily due to the heating of body tissues by absorption of radio waves.

Determining the toxicity or health impact requires the examination of two factors: the amount of radio waves absorbed and the depth of penetration into the human body.

Absorption of energy from radio waves is measured in specific absorption rate (SAR), with units of power per mass/volume (W/kg). Maximum permissible exposure (MPE) limits are established up to which no damage is caused to human biological tissues. All 5G devices are mandated to specify the SAR value and ensure it is below the permitted level.

The World Health Organization (WHO), based on the recommendations of the International Commission on Non-Ionizing Radiation Protection (ICNIRP) and the IEEE Standard for Safety Levels with Respect to Human Exposure to Radio Frequency Electromagnetic Fields, has recommended exposure limits for electromagnetic radiation for both the general public and for occupational exposure. These MPE recommendations are based on limiting the SAR to the whole-body average of 0.4 W/kg for controlled or occupational areas, and 0.08 W/kg for uncontrolled or the general public.

IEEE revised its guidelines in 2019, keeping the existing limits valid for frequency range 100 kHz to 6 GHz, while recommending a higher MPE for frequencies from 6 GHz to 300 GHz. As more studies and data have accumulated, standards will be revised to ensure technology users remain safe.

Ample research carried out by organizations such as the International Agency for Research on Cancer (IARC), Scientific Committee on Emerging and Newly Identified Health Risks and Swedish Radiation Safety Authority’s (SSM) Scientific Council on Electromagnetic Fields conclude that RF exposure within the limits specified by WHO does not cause any harm to the human body.

Meanwhile, the depth of radiation penetration into any material depends on the frequency of the radio waves, and the receiving material. Because the type of radiation from a 5G base station is non-ionizing, there is no risk of cell or DNA damage. Currently, the only know biological effect of high frequency RF is tissue heating.

As the frequency increases, the depth of penetration of radio waves in the body decreases, and the absorption of radio frequencies is confined to 1 to 2 mm of the skin and cornea. This means 5G frequencies will have less penetration than previous frequencies, and potential tissue heating, and per the WHO, “radio frequency exposure levels from current technologies result in negligible temperature rise in the human body.”

The amount of RF exposure from a fully-deployed 5G network might also be exaggerated. As per ITU, an increase in the number of towers and beamforming technologies used in 5G will actually lower the overall RF exposure.

But does RF causes cancer?

Based on some studies that suggest that radio frequency exposure can cause cancer, IARC in 2011 classified RF exposure as a “possibly carcinogenic to humans.”

However, the IARC report does not establish any causal link between radio frequency exposure and cancer, and only indicates the requirement of further research. And it is worthwhile to note that WHO also lists lead, asbestos and coffee as class 2b carcinogens, along with RF exposure.

Furthermore, an analysis of the 94 publications related to the health impact of frequencies in 6 to 300 GHz using in vivo or in vitro investigations found that, “The available studies do not provide adequate and sufficient information for a meaningful safety assessment, or for the question about non-thermal effects.”

And a study by the National Cancer Institute found that, “The rate of brain cancer in the U.S. actually went down between 1992 and 2016 even as mobile phone use skyrocketed.”

Even though RF has been classified as a carcinogen, its exact mechanisms remain a mystery and are a correlation at best.

Verdict: the pros outweigh the cons

The benefits promised by 5G technology are immense. It will allow seamless communication among human beings and machine-to-machine communication.

5G also has the potential to be a life saver. Earlier this year Verizon rolled out its First Responders Lab, which will empower emergency personnel with game changing data and devices. For example, 5G could be used to see through walls, helping firefighters find trapped victims.

5G can also be used in telemedicine to provide more responsive and personalized healthcare, improving patient outcomes and satisfaction.

These advances, along with artificial intelligence (IA) and advanced networking, will facilitate enable further developments in education, smart homes and buildings, infrastructure, environmental management, transportation, agriculture, manufacturing and many other sectors.

As with many technologies, there are strict industrial standards about safe and acceptable use. Provided standards continue to be created and revised based on data, there are zero known health risks to 5G deployment.