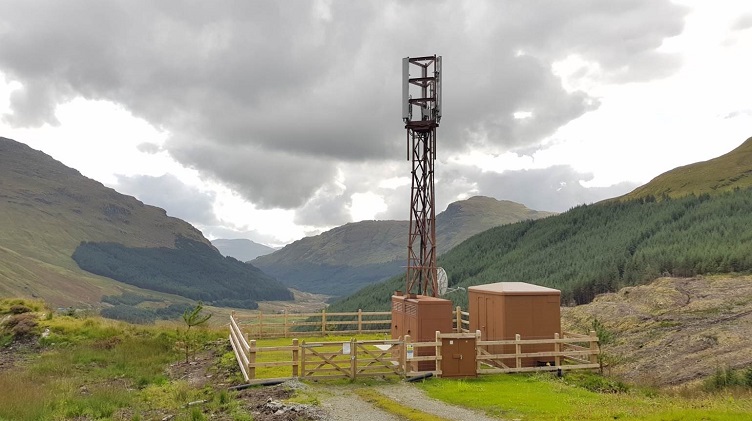 A rural 5G tower in the middle of the U.K. Recently, people have been attacking network infrastructure based on misinformation about COVID-19. Source: EE

Conspiracy theories regarding the spread of the coronavirus, known as COVID-19, is leading to some extreme vandalism to several 5G towers and abuse of telecom engineers in the U.K.

The news comes from the U.K.’s Department for Digital, Culture, Media and Sport (DCMS), which called the conspiracy theories “crackpot” on Twitter and promised to prosecute those responsible.

There are two 5G theories that have circulated since the coronavirus pandemic began: First, that the electromagnetic radiation from 5G suppresses the immune system, causing the virus to thrive; and second, that 5G causes the virus to “talk to each other” about who to infect.

Since last week, about 20 mobile phone masts in the U.K. have been vandalized or set on fire including four Vodafone mobile phone masts that were attacked. U.K. telecom EE said its engineers were assessing the cause of the fire and linked it to arson. Additionally, engineers laying 5G fiber-optic cables were harassed by a woman claiming the technology “kills people.”

Full Fact, a U.K. independent fact checking organization, said these theories are patently false, pointing to the American Cancer Society’s research that 5G’s electromagnetic radiation is far below the level thought to cause damage to cells in the human body. And since the coronavirus has spread to areas of the world where no 5G networks exist, including Iran, which has been deeply impacted by COVID-19, this proves the second theory false as well.

“The 5G story is complete and utter rubbish, it’s nonsense, it’s the worst kind of fake news,” said Stephen Powls, director of the U.K.’s National Health Service. “The reality is that the mobile phone networks are absolutely critical to all of us, particularly in a time when we are asking people to stay at home and to not see relatives and friends.”

Powls added that these networks are being used by emergency services to help people in a time when so many are in need.

“I’m absolutely outraged and disgusted that people would be taking action against the infrastructure we need to tackle this emergency,” Powls said. “It is absolutely and utter rubbish and I can’t condemn it in stronger terms than that.”

The GSMA, an organization that represents the interests of 750 mobile operators worldwide, condemned the acts of vandalism on the cell towers and called on internet giants, content providers and social media platforms to help combat the disinformation campaign against critical infrastructure and maintenance workers.

“The telecoms industry is working around the clock to keep vital health, education and emergency services online, businesses running, and friends and families connected,” said Mats Granryd, director general of the GSMA. “It is deplorable that critical communications infrastructure is being attacked based on outright mistruths. We urge everyone to trust health authorities and rest assured communications technology is safe. There is no link between 5G and COVID-19.”

Just last month, the International Commission on Non-Ionizing Radiation Protection found there is no risk of harm to people from exposure to radio frequencies from mobile networks, including 5G.

By posting a comment you confirm that you have read and accept our Posting Rules and Terms of Use.
Re: 5G cell towers in the UK under attack amid COVID-19 conspiracy theories
#1

I am not sure how these conspiracy theories regarding the spread of the coronavirus work actually. Have a look over this sitewired blog to get some valuable information regarding the tech news.

Re: 5G cell towers in the UK under attack amid COVID-19 conspiracy theories
#2

I wanted to thank you for this extraordinary study!! I certainly enjoying each small bit of it I have you bookmarked to check out modern stuff you post.

Re: 5G cell towers in the UK under attack amid COVID-19 conspiracy theories
#3

It is interesting study. 5G can be a reason of suppressive immune system. It is still causing many problems in different areas. Though people have to protect themselves from the first exposure of the CORONAvirus. They should wear disposable mask, face shield and other essential personal protective equipment. It can reduce the chances of having COVID-19.