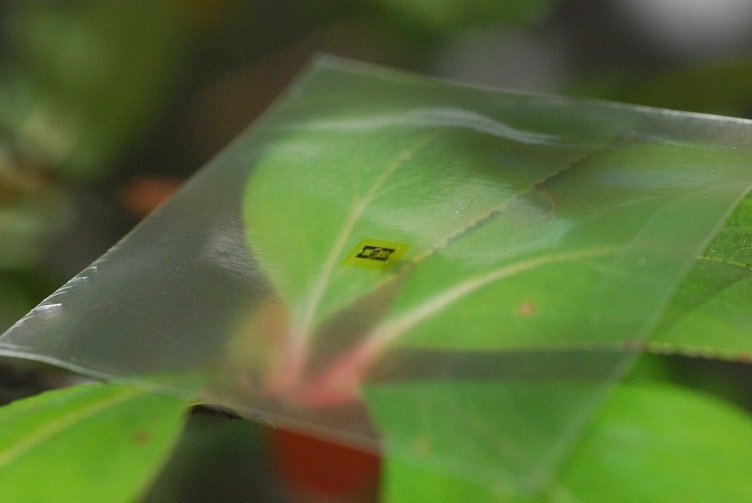 Thin-film transistor made of wood could decompose or biodegrade instead of creating more electronic waste. Source: University of Wisconsin-Madison

Researchers at the University of Wisconsin-Madison are using wood to make flexible microwave circuits found in electronic devices for the purpose of developing flexible electronics.

The team targeted microwave components because they are integrated into semiconductor chips or printed on circuit boards. Researchers used cellulose nanofibril paper as the substrate in the amplifier. The paper is made by breaking wood fiber down into nanoscale fibrils and then recombining them to produce a strong, flexible, transparent and biodegradable film. Instead of using gallium nitride to cover the wood substrate, researchers used just a speck of the compound.

“We have a new strategy here,” said Zhenqiang Ma, a professor of electrical and computer engineering at the University of Wisconsin-Madison. “We use a tiny bead of the expensive substance, 500 microns by 500 microns, and the rest is wood. Compared to the gallium nitride, the cost of the wood is essentially nothing. The final outcome is an amplifier that works very well.”

The flexible circuit can output 10 milliwatts of power beyond 5 gigahertz and the substrate is just as compatible with the microwave components as polyethylene substrates.

Because the circuit is primarily derived from wood fiber, it can decompose or burn, leaving no electronic waste behind.

“If you look at your own house, there are probably lots of old electronics,” Ma said. “There are TVs, computer monitors, phones — all full of electronic circuits. You can’t do much with them and that generates a lot of waste. We can replace a lot of existing components with these types of circuits.”

Flexible electronics have gathered steam in the last few years as the idea of foldable or rollable phones, tablets and other devices have captured interest from consumers. Additionally, flexible electronics could pave the way for a new number of wearables that could be used to monitor fitness or health data and some scientists have even developed flexible, wearable patches that could administer drugs to patients.

The full report can be found in the journal Nature Communications.