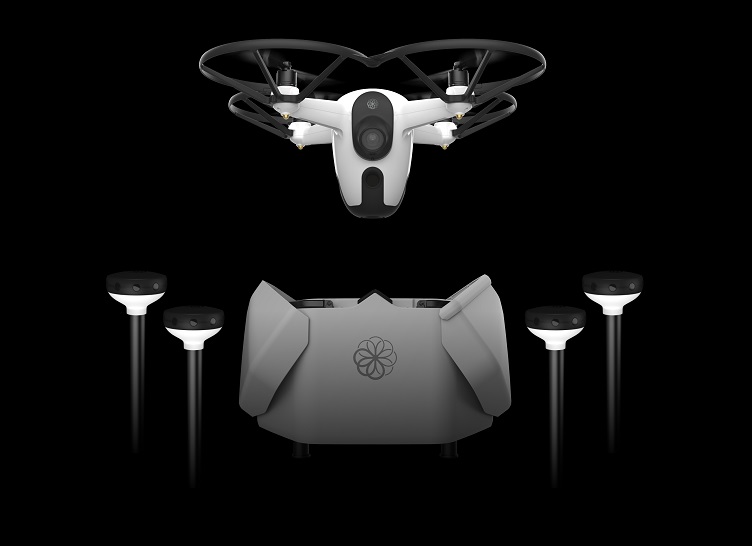 The system’s motion and vibration sensors, called Sunflowers, are disguised as garden lights that constantly monitor a homeowner’s property. These sensors can differentiate between animals, cars and people and that information is displayed on a map in real-time. Meanwhile, the Bee is the autonomous security drone that navigates above a property in order to observe activity. The drone includes automatic deployment, autonomous flight, ultrasonic collision-avoidance sensors, GPS and live streaming video.

After its battery is drained, the Bee travels to the Hive, a weatherproof housing and charging station that keeps the drone powered up and safely stashed when not in use. It also provides the system with artificial intelligence (AI) data processing and analysis.

“Advancements in smart home security have been stationary or dependent on video cameras until now,” said Alex Pachikov, co-founder and CEO of Sunflower Labs, in a statement. “Thanks to the integration of AI and machine learning, homeowners can now have a truly smart security system that, over time, learns and reacts to its surroundings.”

If something strange happens on the property, an alert is sent to a homeowner’s mobile device where they can launch the drone and view real-time footage on the Sunflower Labs' app from anywhere in the world.

Sunflower Labs joins several of the smart home security and surveillance devices that have already been introduced at this year's CES to better protect homeowners and assets.

The security system is available for pre-order with delivery expected to begin in mid-2020.