Types of RF Attenuators and Why They Matter

RF attenuators reduce the strength of an RF signal. Typically the RF signal is carried on a coaxial cable and an RF attenuator is used in line with that cable. They are also in circuit designs and microwave applications. The need to reduce an RF signal may not immediately be obvious to the casual user who may have needed a signal amplifier for TV reception after struggling with low signal. 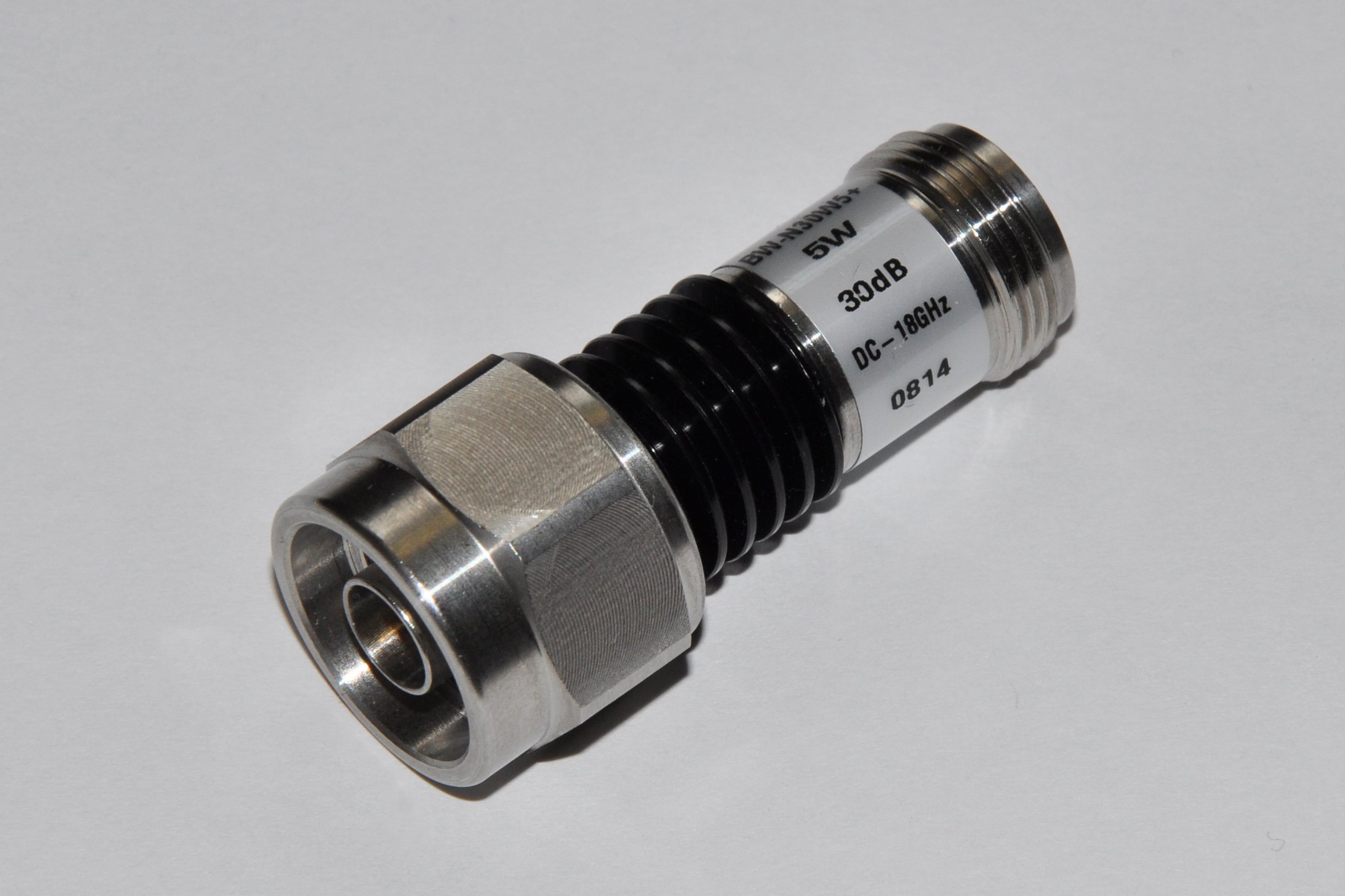 Source: CC BY-SA 3.0 / Joe Ravi as cable TV more reliable by allowing levels to be balanced. The more common use of an RF attenuator is for test and measurement where often the signal level is too strong for the test equipment.

RF attenuators are essentially electrical resistors that are put in line with an RF signal and reduce the signal strength by converting some amount of RF energy into heat. The amount of resistance used is what determines the amount of attenuation. RF energy is not as simple as DC so the type of resistors chosen and how they are used is important. RF likes to radiate, so two closely spaced connections may act like a short depending on the frequency of the RF signal. Wirewound resistors won’t work for attenuation because they act like inductors instead.

Switched attenuators are made up of fixed resistors and RF switches. These devices allow varying levels of attenuation by switching in and out different resistors. The type of RF switch can also vary depending on the required accuracy and frequency. The most basic type is simply a mechanical switch, but RF relays, digital switches and other switching methods may also be used.

PIN diodes called such because they are made of three layers, P, I and N, versus a standard diode that is a two-layer PN junction. The PIN diode has an intrinsic region between the PN junction. Utilizing a PIN diode is one way of achieving variable signal attenuation, where the diode is used as a current-controlled resistor. At higher frequencies the diode acts the same as a resistor and is adjustable in a linear fashion. PIN diodes are also used as RF switches due to this property. By adjusting the current through the diode the amount of attenuation is varied.

An RF FET, or RF field effect transistor, is another way of achieving a variable attenuator. An FET can be used in both analog and digital attenuators in different ways. An FET works much like a switch but unlike a switch it allows for some adjustment. Because of this it is possible to use an FET in line as a variable resistor that can be controlled by adjusting voltage levels. In a digital configuration an FET is used as an RF switch to connect various resistive elements to create a switched attenuator.

IC (integrated circuit) attenuators come in chip form and are typically used on a circuit board. Test equipment may include some form of IC attenuator so an external one isn’t needed. The method of attenuation used in ICs may vary but often allows for analog or digital control.

Whatever the design and precision, RF attenuators are used in many devices, test equipment and networks to keep our information flowing.