Are smart electrical outlets worth it?

The smart home of the future is slowly becoming the reality of the present. Over the past decade, with the adoption of cameras, motion detectors, thermostats and even smart refrigerators, the modern home is increasingly becoming a place filled with interconnected devices that communicate with each other and perform automated actions. One smart device that has seen an uptick in sales recently is the smart electrical outlet. These outlets are just like ordinary outlets and are relatively easy to install, and they can also be turned on and off by a smart hub. The question is: What are the benefits of installing smart outlets? 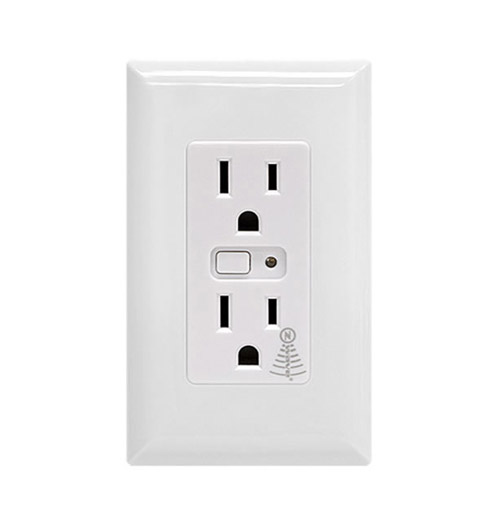 Smart outlets are about 50% more expensive than traditional outlets and are installed exactly the same way. The difference is that smart outlets have a built-in transceiver that allows a smart hub to control the power to the outlet. This differentiates them from battery-powered smart devices. Although smart network signals are low-power, they can still drain a battery over time if a device is frequently repeating signals from the hub. Smart networks are mesh networks, so smart devices themselves act as network repeaters that extend the range of a smart hub. Smart outlets therefore improve the overall smart hub’s network by acting as powered networking repeaters. Essentially the mesh network is greatly strengthened by smart outlets, particularly if they are strategically placed throughout the house to maximize smart network coverage.

Users can control these devices simply by controlling the power from the outlet. This allows them to automate these devices through the smart hub, creating schedules for when the lights are turned on or off. Zoning off a house becomes possible as well when motion sensors are included in the smart hub. When the motion detector senses movement the hub can activate the smart outlets to turn on lighting, space heating, fans, music, etc. The result is a house that can be programmed and/or reacts to the homeowner.

An added benefit of any smart device is that you can control it from anywhere through a smart phone app or the internet. If you’re not sure whether or not you turned off a light or a space heater, simply turn off the smart outlet until you get home. If you are going away for a few days and you want your house to look like you are still there, program a schedule for the outlets to turn on and off, thus turning on and off lamps at your house while you’re away. It’s even possible to see if you’ve lost power by checking the app. If the smart outlet isn’t getting power because of a power outage or a circuit breaker trip, most apps will show an X next to the affected outlet.

Smart outlets will strengthen a smart network, add automation and remote control capabilities for regular devices like lamps and space heaters, and even provide feedback regarding the power status of the outlet. They are wired like a normal outlet and are controlled and monitored through a smart hub. Although they cost more than traditional outlets, the benefits of smart outlets make the added expense worth it. Some builders are already integrating them into most new construction, and it shouldn’t be long before they are the standard for outlets in homes.