A recent survey from Smart Home vendor August Home shows that advances in Smart Home technology is playing a role in where travelers decide to stay during business trips and vacations, specifically in the Airbnb-type short-term rental market. 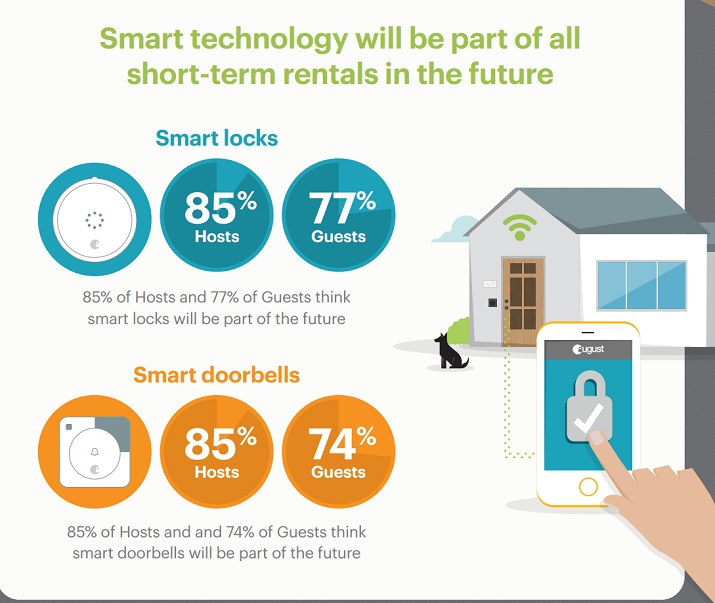 Most of the travelers and hosts surveyed say that Smart Home technology will come to short-term rental properties in the very near future. Source: August Home One of the key concerns in the survey is the loss of property keys. Both hosts and guests expressed concern over losing property keys, something that a smart lock would help with. Of the hosts surveyed, 45% say their rental property is more secure with smart locks, and it makes for an easier time when it comes to checking out of the property—no keys to return.

While having one Smart Home feature is appealing to the guests surveyed, with 90% saying they would desire features, a Smart TV, specifically, is the most desired feature, with 93% saying they would want one in their rental. Those surveyed also expressed interest in Smart Home security systems at 91%. Among those surveyed, 87% say they would want a video-enabled doorbell camera, 86% want smart locks and 86% want streaming media.