German smart lighting start-up ComfyLight AG has launched a Kickstarter campaign designed to raise funds for its smart light emitting diode (LED) that learns the patterns of behavior of a family in order to simulate the family being home when they are away. 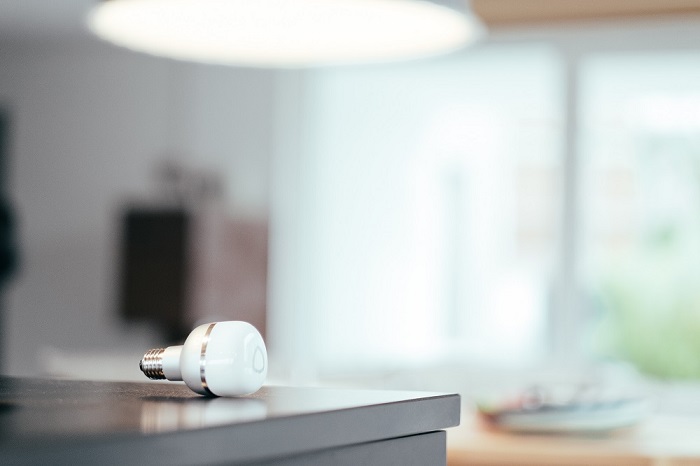 The ComfyLight LED bulb learns how a family moves around the house and automatically simulates this behavior when you are out. (Source: ComfyLight)

After learning the behavior of a family, the ComfyLight LED bulb automatically simulates this behavior when they are out without requiring complicated programming of timers and settings. The idea is to trick burglars into thinking someone is home from the outside making the house a less attractive target. The smart lighting can be controlled via a smartphone or tablet app that can monitor activity away from home. It also detects motion in a room and sends notifications when something is amiss, ComfyLight says.

Furthermore, the smart LED bulb automatically warns neighbors and scares intruders by flashing. The bulb also offers automatic lighting when at home, switching the soft white LED light on and off as you walk in or out of a room, the company says. 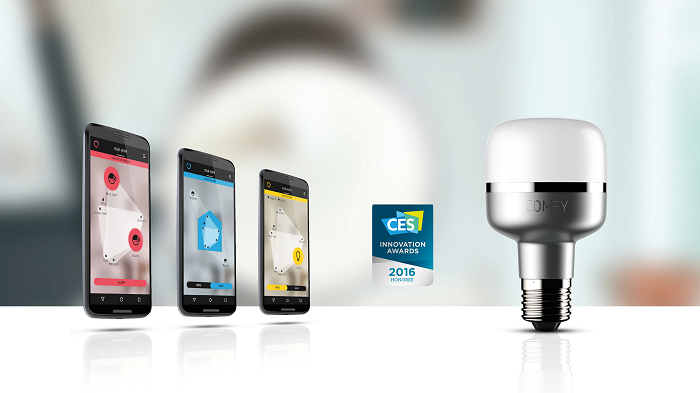 The smart LED bulb warns neighbors and flashes when an intruder enters the home. (Source: ComfyLight)

ComfyLight says the idea behind the smart LED bulb came after researching the Internet of Things (IoT) and finding most conventional systems didn’t trigger an alarm until after the burglary had happened as well as not proactively protecting the home. Furthermore, the installation of many conventional systems was complex. The company sought to find an offering that offered enhanced security features and was not hard to set-up.