With smartphones being cannibalized into other small and medium flat panel display (FPD) sectors, automotive display revenue catapulted to become the second highest growth category among displays in 2014, according to new research from IHS Technology. 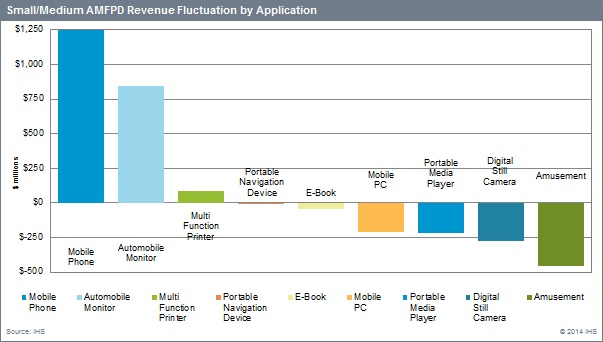 Hiroshi Jayase, senior director of displays at IHS, said in a statement that mobile phone displays will continue to lead the small and medium FPD market as the lines between phones and other devices blur. With consumer demand in many small and medium FPD sectors falling "rising demand for automotive displays is a bright spot for the industry," Jayase added.