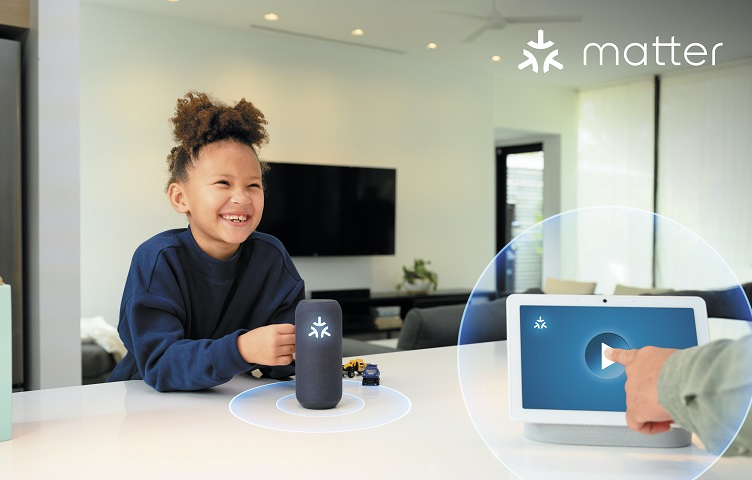 Samsung Electronics and NXP Semiconductors have introduced development platforms that will conform to the new smart home standard Matter.

Since the inception of the smart home, users and vendors alike have argued that smart home devices need a common standard to work for whatever smart home device a user has in their home. That way homeowners could interchange their devices based on preferences without having to use a half dozen different apps.

This is where Matter comes in.

Originally proposed in 2019, the Matter standard is designed to simplify the smart home with unified internet protocol-based connectivity that aims to offer a standard universal protocol for developers to build internet of things (IoT) devices.

The Matter standard, developed by the Connectivity Standards Alliance (CSA), will allow homeowners to control all their smart home devices — regardless of manufacturer — under a single ecosystem. That means devices from Google, Apple, Samsung, Amazon, Comcast or any other company will work together for the first time.

For example, Matter could allow an Amazon Echo, a Google Nest and GE smart lightbulbs to be controlled together.

One app to rule them all

Samsung has announced the availability of Matter functionality, allowing seamless device control via Samsung’s SmartThings app. These hubs will receive an over-the-air update to provide capability to control all Matter-compatible devices from a single application, instead of using multiple apps from different device manufacturers.

Samsung has been involved with the development of Matter from the beginning and was one of the first to receive a Matter certification. SmartThings has a feature called multi-admin that allows users to control the Matter devices from multiple platforms and apps.

Samsung and Google have expanded their partnership for multi-admin support to improve interoperability and offer better user experiences, Samsung said. Matter-certified products will be rolled out across all the brands from both companies including Google Nest, Eve Systems, Nanoleaf, Yale and more.

Meanwhile, The Netherlands chipmaker NXP Semiconductors has rolled out Matter-enabled development platforms to accelerate the creation of smart home devices support Matter. These platforms will allow designers to create a wide range of IoT devices from battery-operated devices like sensors and actuators to complex gateways and routers.

The development platforms are awaiting confirmation of Matter certification from the CSA and NXP is working with Apple, Amazon, Google and SmartThings to deliver the platforms to these and other ecosystems.