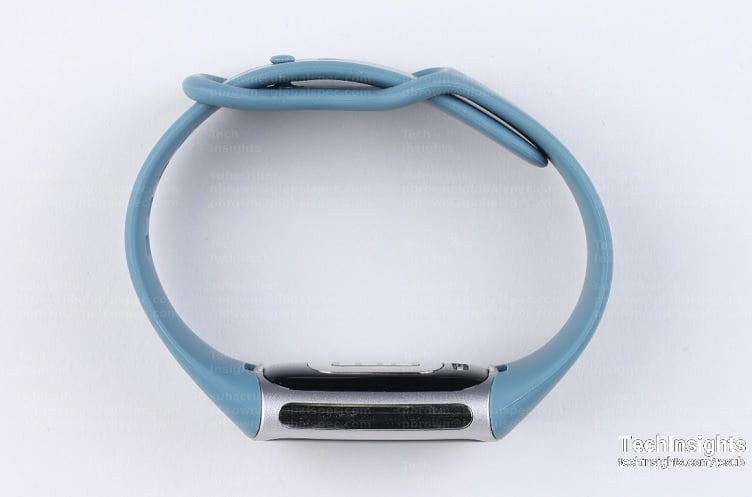 When smart fitness bands first emerged in the smart device market, there wasn’t many choices for consumers and companies such as Fitbit ruled the sector with its smart bands.

However, today smart bands come in wide varieties including the same form factor that Fitbit originally developed as well as smartwatches, hearables, pocket devices and everything in-between. And the market has gone from a few smaller companies ruling the market to large consumer electronics giants controlling the segment, such as Apple, Samsung, LG and Sony. However, there are still many companies developing wearables — including fitness bands — that may be better than some of these corporate devices.

Fitbit for its part has been chugging along and still developing a variety of smart bands for the health and fitness categories including the Fitbit Charge 5 smart band that it released in the fall of 2021.

The Fitbit Charge 5 is powered by the Arm 32-bit Cortex M-4 microprocessor with Bluetooth and a tiny 1.02 inch OLED touchscreen.

The following is a partial teardown into the Fitbit Charge 5 performed by TechInsights. 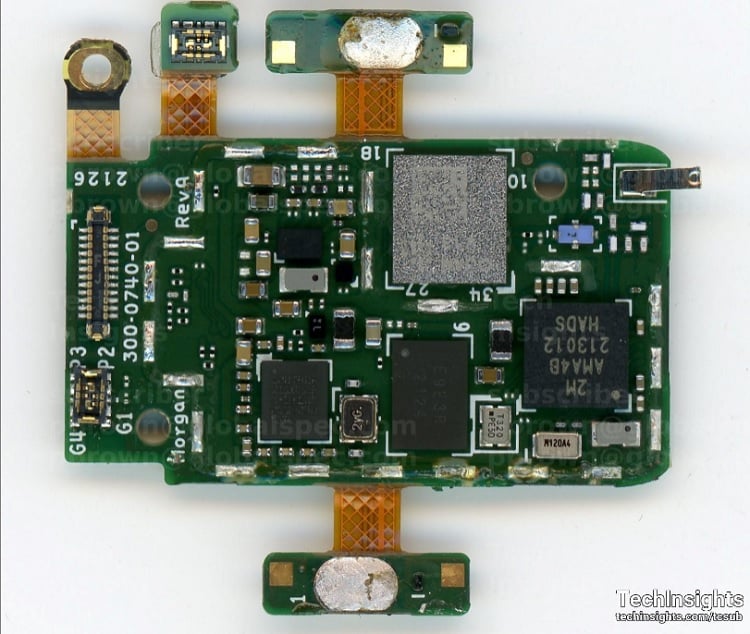 The main board of the Fitbit Charge 5 includes serial flash memory from GigaDevice and a 32-bit Arm microprocessor from Ambiq Micro. Source: TechInsights

The main board inside the Fitbit Charge 5 smart band includes the main processor in Arm 32-bit Cortex M-4 with Bluetooth 5.0 microprocessor from Ambiq Micro and the 32 MB serial flash memory from GigaDevice. Other electronic components include:

The battery board includes the small battery to charge the Fitbit Charge 5 as well as protection and MOSFETs electronic components. Source: TechInsights

The main battery of the Fitbit Charge 5 smart band includes the devices that power the fitness wearable including a battery protection with dual MOSFET commodity electronic components.

(Learn more about MOSFETs on Globalspec.com) 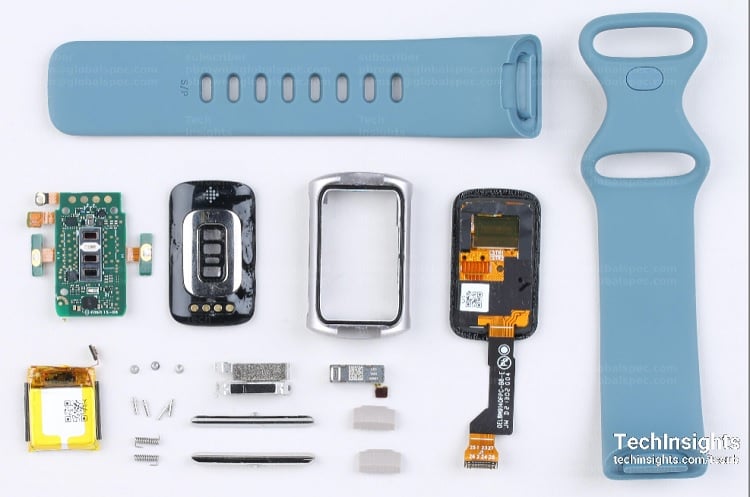 The complete components of the Fitbit Charge 5 smart band including the bands, touchscreen, electronics components and more. Source: TechInsights