2 reasons why Google may acquire Fitbit 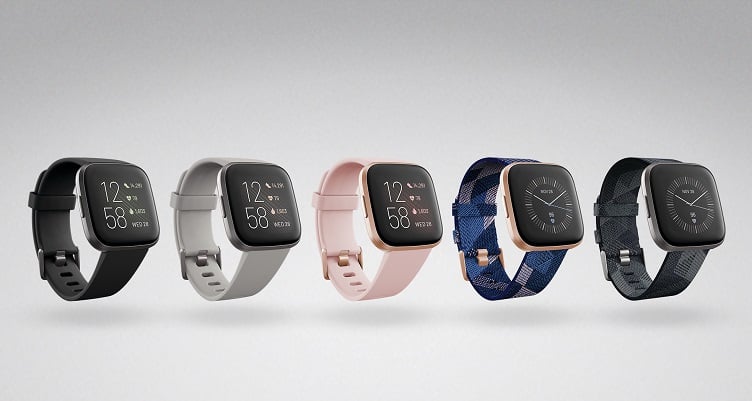 Fitbit's new line of Versa 2 smartwatches could entice Google to buy the company to expand its line of wearables. Source: Fitbit

Alphabet Inc., the owner of Google, may be eyeing Fitbit as a possible acquisition target in order to grow its portfolio of wearables, according to a report from Reuters.

Google has been actively looking to expand into hardware in the wearables segment to take a cut of the highly popular smartwatches, fitness bands, gadgets, hearables and other wearable devices.

According to market research firm International Data Corp., wrist-worn wearables are expected to reach 152.7 million units by the end of this year and grow to 194.1 million units by 2023 with a compound annual growth rate (CAGR) of 6.2%. Of this, the highest growth category will remain smartwatches with wristbands remaining flat over the forecast period.

Apple is the current leader in smartwatches with its Apple Watch but it is also the leader in hearables with the Air Pods. Other leaders in the market include Chinese wireless device makers Xiaomi and Huawei as well as Korean-based Samsung. Fitbit is also in the Top-5 for wearables with its extensive portfolio of fitness bands but also with its line of smartwatches called Versa.

Google’s interest in expanding its hardware in the wearables market after developing its own line of smartphones and finding success with the Pixel series. Expanding its presence in the wearables market seems like a natural fit, particularly as it faces off against familiar foes in Apple and Samsung. However, thus far, the company has not made much traction with its Wear OS portfolio of smartwatches and other wireless devices.

So why go after Fitbit if the company is already developing its own devices?

Because Google has not been as successful in the market so far with its Wear OS brand of smartwatches and other wireless devices, acquiring Fitbit would immediately give the company brand recognition, said Roeen Roashan, senior analyst for digital health at market research firm IHS Markit. Additionally, Google would be in a much better position to compete in the smartwatch segment as Fitbit just introduced its latest smartwatch, the Versa 2 with Amazon Alexa compatibility, music storage and online payments in August.

Secondly, over the past several months, Fitbit has been moving rapidly into the healthcare industry to provide wearables in this growing field. Just last week Fitbit formed an agreement with the Bristol-Myers Squibb-Pfizer Alliance to help drive timely diagnosis of atrial fibrillation (AFib) in order to improve the detection of those at risk of stroke. Fitbit has also recently rolled out a new health and fitness subscription service in order to promote health and fitness goals along with a life coach feature. It has also gained a contract with the Singapore government for a health program that could impact 1 million users.

“Alphabet’s Verily arm has been developing wearable devices for various use-cases and there are synergies here with Fitbit,” Roashan said.

Verily is focused on using technology and data science to create platforms in healthcare that will improve and simplify care. Some of the projects Verily is working on include AFib monitoring, smart lens for vision correction and smartwatches that collect physiological and environmental data from clinical studies.