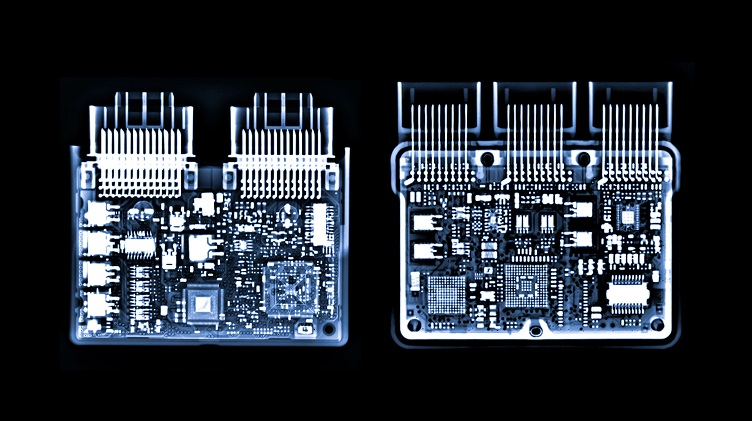 The electronic control units inside cars is one of the main issues causing the automotive chip shortage hindering automotive OEMs. Source: Adobestock

The automotive industry is in a quandary, faced with an ongoing chip shortage that is forcing OEMs to temporarily cut production and update financial and volume trajectories, demonstrating the potential to be a problem for the length of 2021, according to Phil Amsrud, senior principal analyst for automotive at IHS Markit.

The root cause of the automotive shortage is due to the COVID-19 pandemic, which turned the world upside down. Not only did consumers and workers have to stay at home, but this caused numerous companies to cut back or stop production temporarily. When this happened, consumer electronics, computer and automotive vendors all cut demand due to the uncertainty of the situation.

Recovery happened outside of the automotive market first with consumer and compute markets recovering thanks to the holiday selling season in the fourth quarter, which is generally not a huge production period for the automotive market. Automotive OEMs were more conscious than consumer vendors and wanted to make sure demand was back before orders were sent to the supply chain, Amsrud said.

When the automotive suppliers surprisingly saw demand return in the fourth quarter and put orders back into the supply chain, semiconductor manufacturers were already busy producing consumer electronics and other parts and no capacity was available, which caused the shortage. Specifically, automotive microprocessor lead times were pushed to a whopping 30+ weeks, Amsrud said, which means that this shortage is bound to last at least a few quarters.

“As carmakers still heavily rely on just-in-time production, they did not have a large stock of chipsets, so the shortage is already affecting production, especially of premium vehicles with sophisticated ADAS and infotainment systems that require a higher amount of chips,” said Maite Bezerra, smart mobility and automotive research analyst at market research firm ABI Research. “Some OEMs are focusing on producing their most profitable vehicles to compensate for the losses. Last week, a board of executives from leading U.S. computer chip companies pushed President Joe Biden to take action against the reduction in semiconductor supplies.”

In February, Ford said it was being forced to temporarily cut production in two plants in the U.S. that make its highly-profitable F-150 pickups due to the shortage. Ford said it expects an earnings cut of $1 billion to $2.5 billion in 2021.

According to Bezerra, the shortages have also led to:

In late January, Taiwan Semiconductor Manufacturing Corp. (TSMC) decided to expediate its wafer fabs to produce more chips saying in a statement: “While our capacity is fully utilized with demand from every sector, TSMC is reallocating our wafer capacity to support the worldwide automotive industry.”

Amsrud said this is a short-term solution where TSMC is not freeing up capacity but juggling priorities.

Amsrud said that without any surprises during the year, the automotive shortage may resolve itself quicker, potentially returning in the fourth quarter. However, with the recent winter storm that impacted southern parts of the U.S. and Mexico, supply chains were impacted even further. While these impacts were more on the server side, it still affected other supply chains as it put pressure on all supply lines including the automotive side.

IHS Markit now forecasts that the second quarter will improve on the first quarter but, with capacity still low, progress to chip away at the shortage is unlikely. Meanwhile, the third quarter will likely experience improvements, but will not be able to keep up with demand, while Q4 will meet demand but will not be able to catch up with lagging supplies. Only in the first quarter of 2022 will the industry make a dent on what is lagging, Amsrud said.

However, not everyone agrees. Chipmaker ON Semiconductor said it is scrambling to meet demand for automotive chips. ON’s CEO Hassan El-Khoury told CNBC the company sees the bottleneck in the automotive chip industry being relieved in the third quarter as companies rush to expand capacity in semiconductor manufacturing plants.

No impact on EV expansion

Electric vehicles (EVs) have already had a big year with GM, Ford, Daimler and others vowing to make the models the primary sellers in the next 10 to 15 years. This acceleration of EVs is unlikely to fall off despite the automotive chip shortage, Amsrud said.

This is mostly due to the chip shortage being more in the microprocessor capacity issues since both internal combustion engines and EVs use these MPUs. The shortage is unlikely to impact the raw power devices.

“If someone made the argument, they were expecting EVs to take a serious hit due to the difficulties finding the right electronics, I would say it is hard to connect all those dots,” Amsrud said.