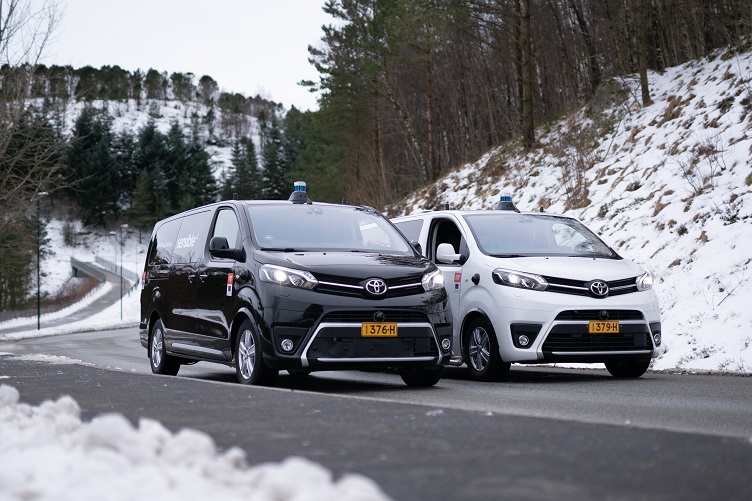 Level 4 self-driving shuttles from Sensible 4 will conduct a long-term pilot over two years in a town in Switzerland. Source: Sensible 4

The first rides are already happening in Schaffhausen at the annual Swiss Public Transportation Association (VOV) event. However, the long-term goal is to include these shuttle buses as part of public transportation service on last-mile deliveries and transportation of local people.

The full electric and Level 4 self-driving shuttles will be part of a public transportation service that will last for two years.

Sensible 4 said introducing shared electric autonomous vehicles into the public transportation system is a step in the right direction for more sustainable solutions to help fight climate change as these vehicles will produce no local emissions. This will lead to more attractive and realistic options for consumers compared to privately owned cars, the company said.

“Sensible 4 wants to change the way people move,” said Harri Santamala, CEO of Sensible 4. “Shared, electric and driverless vehicles will offer new services that will take people to the places they want to go to comfortably, safely, and effortlessly in a sustainable way.”

When operational, the shuttles will provide last-mile transportation services between the newly developed city district in Schaffhausen and the former industry zone Stahlgiesserei as well as the local train station.

The Schaffhausen pilot will focus on testing Sensible 4’s autonomous driving software in various conditions including the Nordic seasons where conditions become harsher with snow and ice on the ground.

Sensible 4 has already been testing a fleet of autonomous vehicles in Helsinki and in Norway it has another pilot project in Oslo transporting passengers run by local public transportation operator Ruter.

Next year in Finland, Sensible 4 will begin another pilot as part of the EU-funded SHOW project where self-driving vehicles will be used as last-mile solutions to support a new tram line as well as test the vehicles in cold and dark winter.

This year has seen a crazy number of developments in self-driving transports and ride-hailing services with numerous companies beginning pilot projects globally as autonomous technology begins to become more pervasive in the market.

This week Mobileye said it will begin two projects in Tel Aviv, Israel, and Munich, Germany, with a new electric vehicle that will hold up to six passengers at a time.

Last month, Waymo began self-driving rides in San Francisco, giving rides to the local community to test its services and gather more data on its vehicles.

Other moves include Colorado deploying what it claims is the largest autonomous shuttle fleet, Ford launching self-driving cars on the Lyft network, Russian startup SberAutoTech developing a shuttle, Mobileye testing self-driving cars in New York City, Waymo and Cruise applying for permits to charge for robotaxis and many more.

As the technology continues to evolve and testing gives these companies more data on automated features, it is likely more projects will emerge and services come online in the coming months and years.