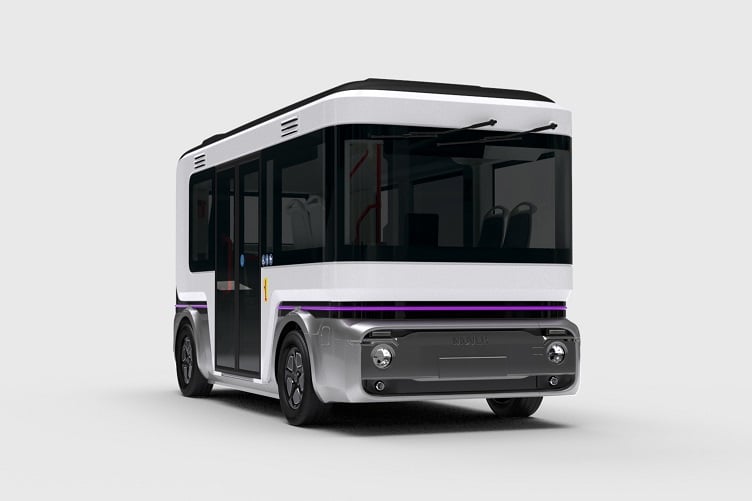 The PeopleMover autonomous shuttle can transport up to 19 passengers or could carry cargo depending on the use case. Source: Sensible 4

A collaboration between European companies will work to introduce a new self-driving serial-produced shuttle bus designed for the Euro market.

Sensible 4 Oy and Moove GmbH are partnering to develop the PeopleMover, a customizable vehicle that can carry up to 19 passengers. Trials are set to being in February of 2022 in Aachen, Germany.

PeopleMover will include Level 4 automated driving capabilities and will be able to operate in varying weather conditions such as rain and snowfall, which is a common in Europe. Sensible 4’s autonomous driving software is developed specifically for shuttle buses and last-mile operations.

Moove’s platform offers either automated or fully autonomous electric commercial vehicles that can carry both passengers and goods depending on the need.

The goal is to deliver these PeopleMover shuttles with SAE Level 4 self-driving capabilities to the European market by 2023. These shuttles will not require a safety driver on board.

Sensible 4 has been testing its autonomous driving software in Nordic weather conditions including a long-term public transportation service project north of the Arctic Circle. That project will begin in February of 2022 with two custom-built, fully electric Toyota Proaces to be tested on the roads of Bodø in Northern Norway.

The company is also working with Swiss Transit Labs to test Level 4 self-driving shuttles in bad weather. The first rides were completed in Schaffhausen at the annual Swiss Public Transportation Association (VOV) event. However, the long-term goal is to include these shuttle buses as part of public transportation service on last-mile deliveries and transportation of local people.

Sensible 4 has already been testing a fleet of autonomous vehicles in Helsinki and in Norway has another pilot project in Oslo transporting passengers run by local public transportation operator Ruter.

Next year in Finland, Sensible 4 will begin another pilot as part of the EU-funded SHOW project where self-driving vehicles will be used as last-mile solutions to support a new tram line as well as test the vehicles in cold and dark winter conditions.