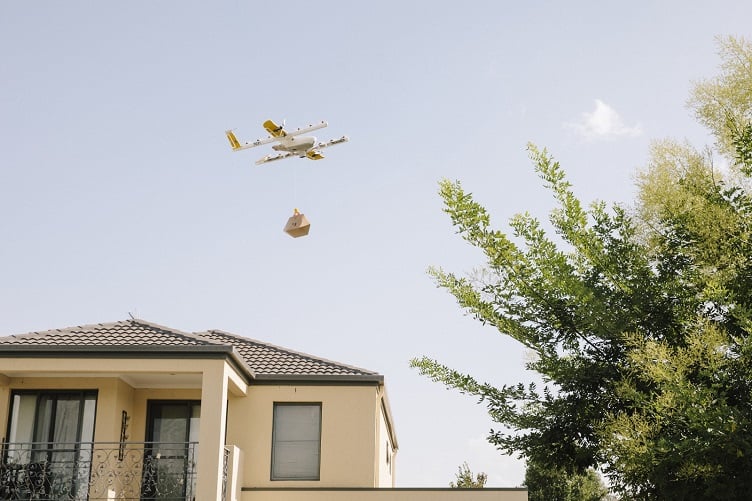 The Wing project to deliver goods in Australia via drone. Source: Wing

Wing, a division of Google, has launched its first air delivery in Australia for a range of items such as fresh food, coffee and over-the-counter chemist items.

Users wanting something delivered in the North Canberra area could use the Wing mobile app and have items delivered directly to their homes via drone in minutes.

Wing’s project follows a range of other drone projects being conducted as companies test the viability of using unmanned aerial vehicles (UAVs). Initially, these projects were being conducted by startups such as Flytrex’s shopping goods test in Iceland, Drone Delivery Canada’s beyond the visual line of sight tests in Northern Canada and Workhorse Group’s Horsefly drone delivery system in Cincinnati, Ohio. Lately, however, larger distribution companies have gotten in on the act, including UPS partnering with Matternet to deliver medical samples in North Carolina, ship-to-shore trials by Airbus in Singapore for its Skyways’ drone delivery service and Vodafone testing long-range deliveries using 4G and eventually 5G wireless communication.

The service will initially be available to a limited number of homes in the suburbs of Crace, Palmerston and Franklin but will then be expanded to more customers in Harrison and Gungahlin later in the year.

In the past 18 months, Wing has delivered food, small household items and healthcare items more than 3,000 times to Australian homes participating in the testing. The company used feedback from those trials to help refine its operations in order to expand the project to North Canberra.