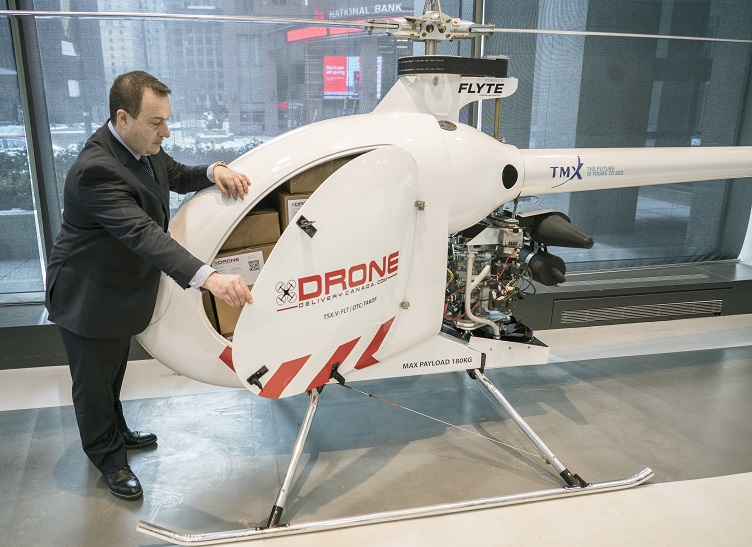 Drone Delivery Canada (DDC) has been active in the innovation of unmanned aerial vehicle (UAV) deliveries by developing drones that can travel far distances beyond the visual line of sight (BVLOS).

BVLOS technology in drones is one of the major trends happening this year in the market for drone delivery. The technology is expected to be the next step for the future of drone operations, allowing drone operators to fly beyond the point where they can see a drone and conducting autonomous flight without a pilot.

DDC, in collaboration with the Canadian government, has been conducting BVLOS testing in regions of Canada, delivering medical goods to remote and rural areas that have limited access.

Recently, the company introduced the Condor drone, a large drone with a payload capacity of 400 lb and a range up to 200 km. Powered by a gas propulsion engine, the Condor is a vertical take off and landing (VTOL) drone that would allow for the delivery of more goods in one flight than a typical drone.

DDC said it will use the Condor, which will be available in the third quarter of 2019, and its other drones in order to reach these new verticals.

"The opportunities in front of us are not only with the many Canadian First Nations & Inuit remote communities, but also with a broad range of government, commercial and industrial applications globally,” said Michael Zahra, vice president of operations and strategy at DDC. “We are also seeing an increase in traction with our international customers globally as our drone delivery system continues to be validated globally.”