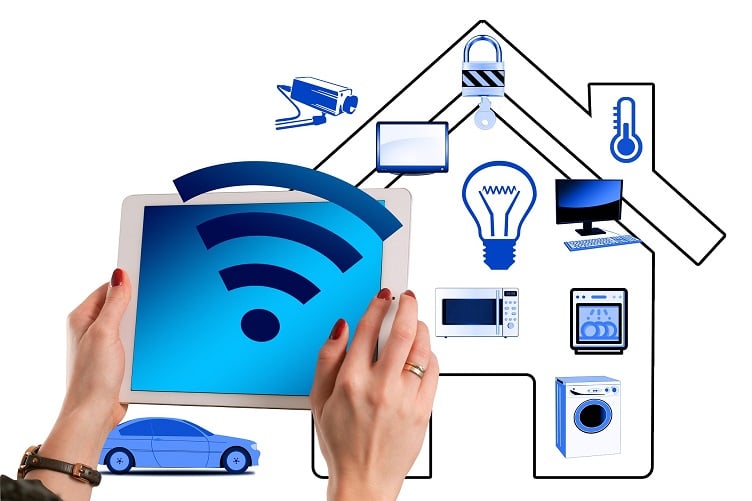 The market for the smart home is increasing thanks to smart lighting, smart speakers and connected appliances. Source: PixaBay

While the smart home is still technically in the nascent stages, it is no longer a market that is only for early adopters or hobbyists, having graduated to the mainstream.

Device manufacturers are still looking for ways to get consumers interested in the technology and obviously to take the next step and adopt the technology into their homes.

An up-and-coming technology in the smart home is video surveillance which can be a gateway to other connected devices in the home. Consumers already understand the value of security cameras better than they understand connected lighting or other devices, which are not perceived to be a necessity, the market research firm said. Additionally, video security in the home is a sign of consumer trust, signaling their acceptance of the possible lack of privacy that comes with the installation of smart, connected devices, IHS Markit said. Video surveillance will help to stimulate consumer interest in other smart home devices as they learn about the technology and it becomes more pervasive in society.

One of the largest markets for the smart home is in smart speakers — including those from Amazon, Apple and Google. However, while these are the most dominant brands, there have been more than 22 smart speakers launched in 2018 so far with over 56 companies already offering a smart speaker on the market, IHS Markit said. Now, the market is seeing major audio device makers — such as Bang & Olufsen, Harman, Bose and Sonos — becoming involved and already launching or planning to launch a smart speaker by the end of this year. This market has become so hot that other companies outside the realm of audio have also become involved like Netgear, Deutsche Telekom, Samsung, Facebook, Insignia and Motorola. Microsoft and Nokia are rumored to introduce a smart speaker in 2019.

Meanwhile, thermostats and radiator valves will also have an impact on the smart home market and are likely to be installed in homes more than video cameras. The global installed base for thermostats reached 26 million in 2017.