AI That Rivals the Power of the Brain 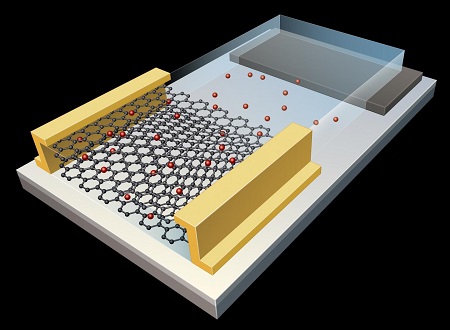 For all their remarkable achievements, at the most basic level digital computers are really nothing more than ones and zeros translated into a series of sequential tasks. They follow each step of algorithms in a fixed order to achieve a goal.

But the brain is another story. Inside its dense network of neurons, each one connected to tens of thousands of others, information is fired back and forth constantly over synapses. The brain modulates these connections, in direct response to the surrounding environment, to create efficient pathways.

There are some ways in which artificial intelligence can replicate the brain, but about a dozen digital devices are needed just to mimic a single analog synapse, whereas the brain transmits information via hundreds of trillions of synapses.

“Humans can outperform even the most powerful computers when it comes to higher-order cognitive functions – such as voice recognition or pattern recognition in complex and varied data sets," said Dr. Feng Xiong, an assistant professor of electrical and computer engineering. Xiong and his team of researchers have developed an “artificial synapse” that mimics the way the brain operates, providing a possible route for the hardware implementation of large-scale artificial neural networks.

The work is representative of the emerging field of neuromorphic computing, which focuses on the design of computational hardware inspired by the human brain.

The researchers based their artificial synapse on graphene, the single-layer carbon material that has successfully been used in the pursuit of numerous scientific breakthroughs. Its conductive properties allowed fine-tuning of electrical conductance, or the strength of the synaptic connection. Like its biological counterpart, the synapse also demonstrated excellent energy efficiency.

Thanks to graphene’s flexibility, neural networks based on the material are suited for deployment in flexible and wearable electronics – enabling computation where sensors make contact with the physical world, sometimes called the “edge of the internet.”

Of course, there are still many more areas to be addressed before an artificial brain that functions like an analog human brain can be developed – optimization configuration, compatibility with an array of other devices, parallel behavior among all artificial devices in a large-scale network. But Xiong is optimistic, seeing the artificial synapse as having applications in all types of artificial intelligence.

"By empowering even a rudimentary level of intelligence in wearable electronics and sensors, we can track our health with smart sensors, provide preventive care and timely diagnostics, monitor plants growth and identify possible pest issues and regulate and optimize the manufacturing process – significantly improving the overall productivity and quality of life in our society," he said.

The research appears in the July 23, 2018, issue of Advanced Materials.