Researchers from the Intelligent Device and Systems Research Group at Daegu Gyeongbuk Institute of Science and Technology (DGIST), with professors from Seoul National University, Chung-ang University and Pohang University of Science and Technology (POSTEC), have created a synaptic device that mimics how neurons and synapses in the brain operate. These neurons and synapses are essential to memory function. The new device is made of tantalum oxide that is broken into two layers of Ta2O5-x and TaO2-x. 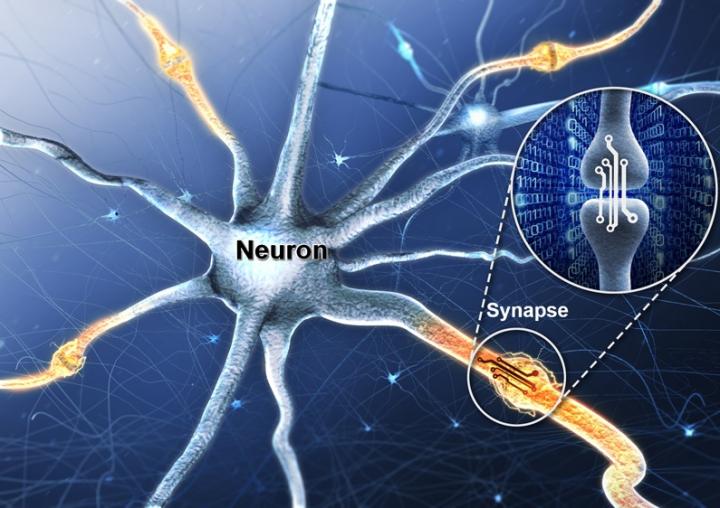 To test the new device, the team created an experiment that studied synapse plasticity. The experiment studied the brain’s process of creating, storing and deleting memories, as well as what would help long-term memory strengthening and memory suppression. The team tested their new device to see how its operation compares to the above areas of natural synapse and neurons.

To test the device, the team used a non-volatile, multiple-valve data storage method. The data storage is a small area of the artificial synaptic device. It was found that the new device reduced circuit connection complexity and reduces power consumption. The device was proven to be a better storage device than other devices that are based on digital signals, like a volatile CMOS.

The team found that the new device can be used with ultra-low power devices and circuits to improve the processing of massive amounts of data. The device has a low-power parallel arithmetic. The researchers found that the device could be used for the next generation of artificial intelligence semiconductor devices.

Director Dr. Myoung-Jae Lee, leader of the research team, said, "This research secured the reliability of existing artificial synaptic devices and improved the areas pointed out as disadvantages. We expect to contribute to the development of AI based on the neuromorphic system that mimics the human brain by creating a circuit that imitates the function of neurons."

The paper was published in the ACS Applied Materials and Interfaces journal.