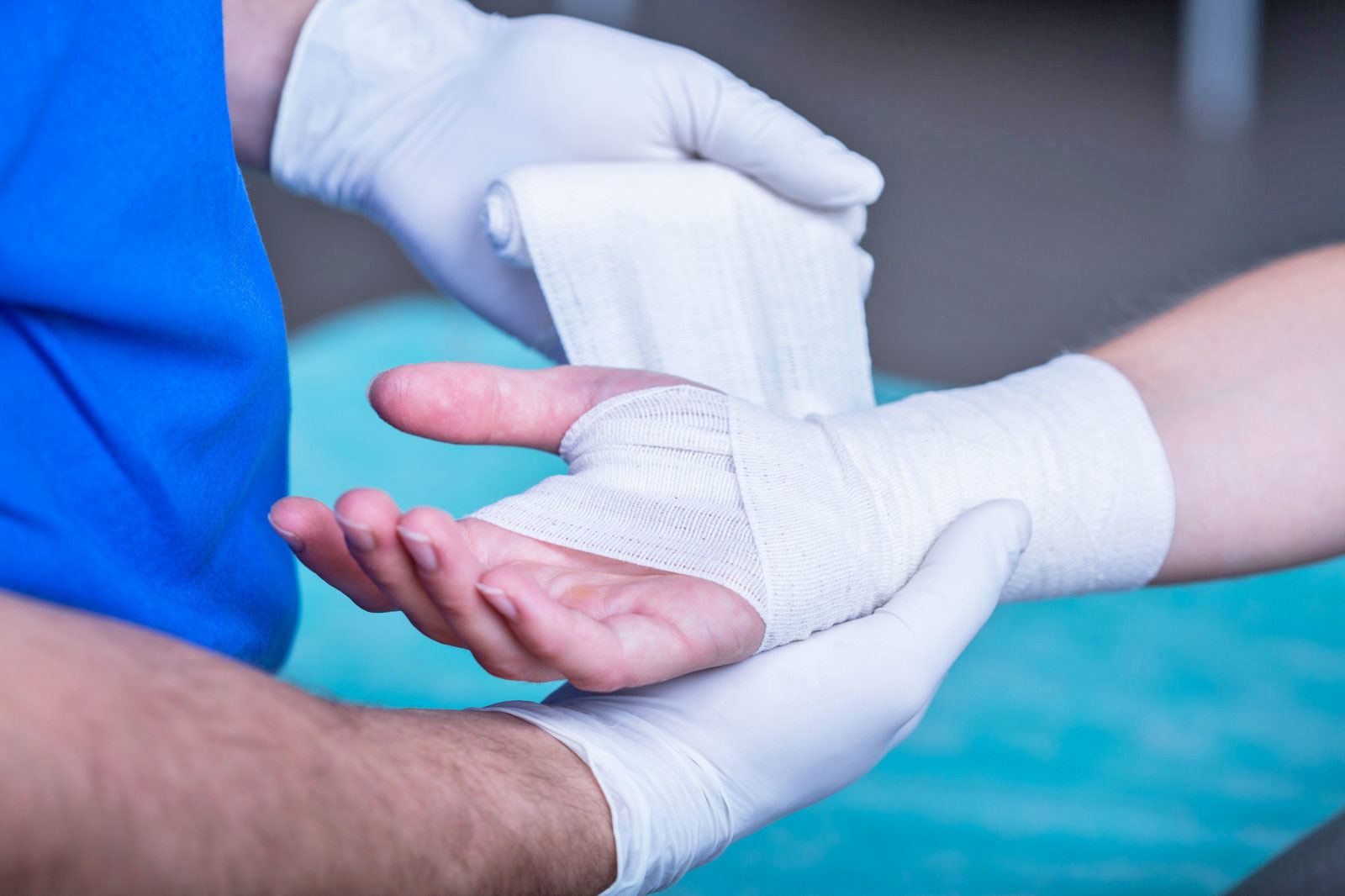 Researchers from the University of Nebraska-Lincoln, Harvard Medical School and MIT have designed a smart bandage that could heal chronic wounds or battlefield injuries with its fibers.

The bandage consists of electrically conductive fibers coated in a gel that can be individually loaded with infection-fighting antibiotics, tissue-regenerating growth factors, painkillers and many other medications.

A microcontroller the same size as a postage stamp sends small amounts of voltage through the chosen fiber. The microcontroller can be triggered by a wireless device or smartphone. The voltage heats the fiber and hydrogel, releasing whatever medicine or cargo it contains.

A single bandage could have multiple medications that are tailored to a specific type of wound and offers the ability to control the dose and delivery of the medications loaded into the gel. The combination of customization and control could improve or accelerate the healing process.

"This is the first bandage that is capable of dose-dependent drug release," said Ali Tamayol, assistant professor of mechanical and materials engineering at Nebraska. "You can release multiple drugs with different release profiles. That's a big advantage in comparison with other systems. What we did here was come up with a strategy for building a bandage from the bottom up. This is a platform that can be applied to many different areas of biomedical engineering and medicine."

The research team sees the smart bandage being used to treat chronic skin wounds that stem from diabetes. Currently, there are more than 25 million Americans – more than 25 percent of adults 65 and older—who could suffer from these wounds. The Centers for Disease Control and Prevention has estimated that cases of diabetes will double or triple by the year 2050.

"The medical cost associated with these types of wounds is tremendous," Tamayol said. "So there is a big need to find solutions for that."

Soldiers wounded in combat could benefit from the bandage’s customizability and versatility. The bandage could stimulate faster healing of bullet and shrapnel wounds, or prevent the onset of an infection in remote environments.

Bandages currently on the market range from basic dry patches to more advanced designs that can passively release embedded medication over time. Tamayol and his team at Harvard ran a series of experiments over time to evaluate the potential advantage of the smart bandage.

In one experiment, the researchers applied their smart bandage loaded with a growth factor to wounded mice. When compared to a dry bandage, the smart bandage regrew three times as much of the blood-rich tissue critical to the healing process.

Another experiment shows an antibiotic-loaded version of the bandage could eradicate infection-causing bacteria. Collectively, the experiments demonstrated that the head needed to release the medications did not affect their potency.

The researchers have patented their design, but it will need to undergo further animal and human testing before it reached the consumer market. This could take several years, but most of the design components are already approved by the Food and Drug Administration, which should speed up the process.

The researchers are also working to incorporate the thread-based sensors that can measure glucose, PH and other health-related indicators of skin tissue. Integrating that capability would allow the team to create a bandage that could autonomously deliver proper treatments.

A study on this research and the smart bandage was published in Advanced Functional Materials.