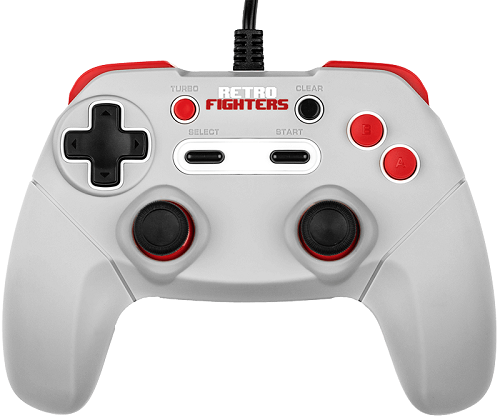 Next-generation N64 game controller. Source: Retro Fighters The Nintendo 64 gaming system was a huge hit more than 20 years ago when it was first released.

Today, gaming systems are much more complex and powerful than when the N64 was launched. While the established base for Nintendo 64 games probably is on a scale that is far below the likes of the current generation consoles—the Xbox 1 and PlayStation 4—that hasn’t stopped some companies from trying to make the venerable console and its accessories better.

Take Retro Fighters' next-generation Nintendo 64 controller that it is developing.

The company has redesigned the classic controller for a more ergonomic and modern way to play games on the N64. There is a modern analog stick, the “C” buttons are larger and the two “Z” buttons have been added and repositioned right below the shoulder buttons for use in either left or right hands. The company also added a turbo button and the D-pad features zero sensitivity/response issues.

The controller is both memory card and Rumble Pak compatible and it costs about $20 each in various colors.

Retro Fighters has established a Kickstarter to help fund the development and production of the next-generation N64 controller and it has already well exceeded its target (maybe people still do play N64 games?), but if you want to contribute visit: https://www.kickstarter.com/projects/1247448559/next-gen-n64-nintendo-64-controller/description