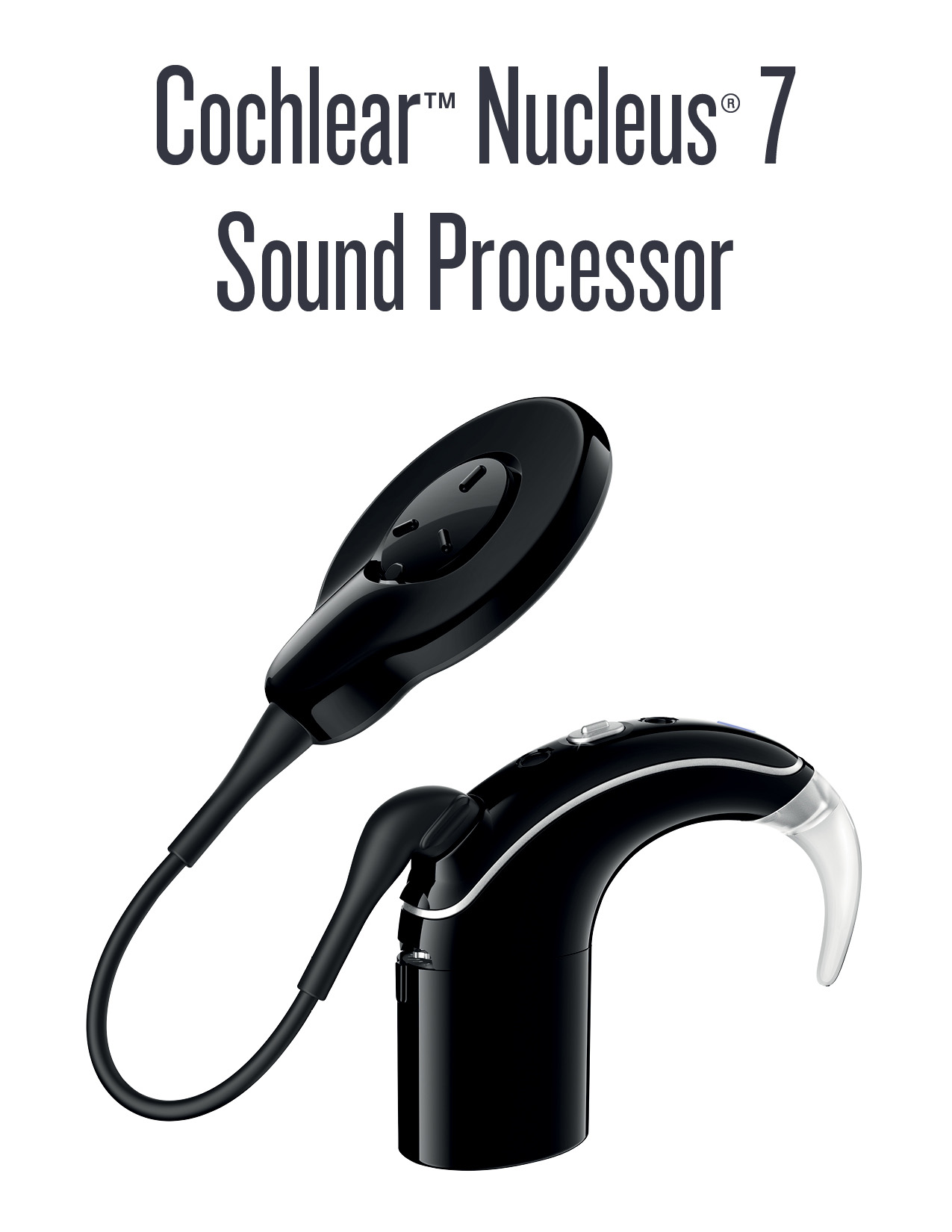 People with a Cochlear Nucleus Implant can stream sound directly from an iPhone, iPad or iPod touch directly to their sound processor using the Nucleus 7 Sound Processor. They will be able to control, monitor and customize their hearing on their iPhone or iPod touch through the Nucleus® Smart App. The app is available for free through the App Store®.

The Nucleus 7 Sound Processor offers many features with the Nucleus Smart App. The new Hearing Tracker feature records the coil-offs time (each time the sound processor coil does not detect the implant coils, for example, if it has fallen off a child’s head). It also records the time in speech (which measures the amount of time spent in speech environments in house, including FM and streaming). The Find My Processor feature of the app helps locate a lost sound processor by using Location Services to determine the last place the sound processor was connected to the paired Apple device no matter where it is.

Along with this new release, Cochlear is offering the first Made for iPhone Smart Bimodal Solution (the combination of a cochlear implant in one ear and a hearing aid in the other). This enables both hearing solutions to provide synchronized streaming to both ears from a compatible Apple product. The Nucleus 7 Bimodal Solution is delivered by using a Nucleus 7 Sound Processor, a compatible ReSound™ hearing aid and paired iPhone or iPod touch to control functionality for both hearing devices.

The Nucleus 7 Sound Processor is 25 percent smaller and 24 percent lighter than the previous Nucleus 6 Sound Processor generation. It features Cochlear’s industry-leading SmartSound® iQ with SCAN and dual microphone technology, helping people to hear clearly no matter what the environment. The technology prioritizes voices over background sounds in a noisy environment. A new processing chip delivers more efficient processing without compromising battery life. This means that users may enjoy up to 50 percent longer battery life than the previous generation of behind-the-ear sound processors.

To learn more about this new made for iPhone cochlear implant, visit the site here.