A team of researchers from the Daegu Gyeongbuk Institute of Science and Technology’s Department of Robotics Engineering has just developed the world's first artificial basilar membrane that mimics the cochlear function by applying the genetic principle of frictional electricity.

The artificial basilar membrane is an important aspect in overcoming the limitations of existing cochlear implant technology.

The team, led by Professor Hongsoo Choi and his research team, created the triboelectric-based artificial basilar membrane (TEABM) by applying the cochlear frequency separation and energy transformation functions that are important aspects of the human hearing system into the frictional electricity generated between polyimide film and aluminum film. In the course of their work, the researchers proved that TEABM could be used to restore hearing in animals. 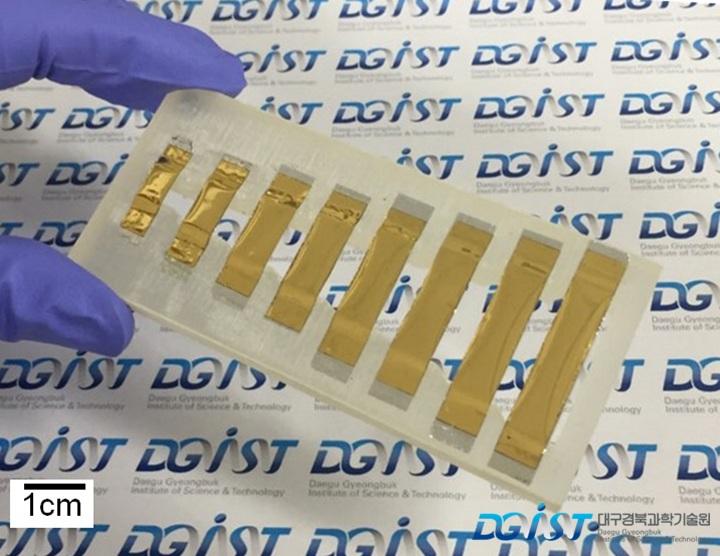 The frequency of sound signals delivered through the external ear and the middle ear is mechanically separated by the basilar membrane's physical attributes. Activity of basilar membranes moves the hair cell of cochlear and generates bioelectrical signals. The signals would be delivered into the brain in order to recognize sound when the neurons are stimulated.

In the case of a sensorineural-hearing loss patient (a very severe hearing-loss case) cochlear implant operations have been the only known way to restore any hearing function. However, complications from exposure to the external body, complicated electrical signal processing circuits, frequent battery charge, and expensive unit costs are some of the issues that have to be battled with.

In order to address the issues, researchers have already developed artificial basilar membrane using piezo-electric materials, but even TEABM can come along with a series of disadvantages such as relatively high frequency response range in comparison with human voice and low reception.

Professor Choi's team decided to apply a Triboelectric Nanogenerator (TENG) using frictional electricity to produce an artificial basilar membrane instead. TENG transforms mechanical energy into electrical energy via electrostatic induction and triboelectric charges of two materials. The development was put in place in order for the width and length of the beam to respond to the frequency of auditory scene by using the frictional electricity generated between polyimide and aluminum films.

The team designed TEAMB to generate electrical signals and respond to the acoustic stimulation of fewer than 4kHz. 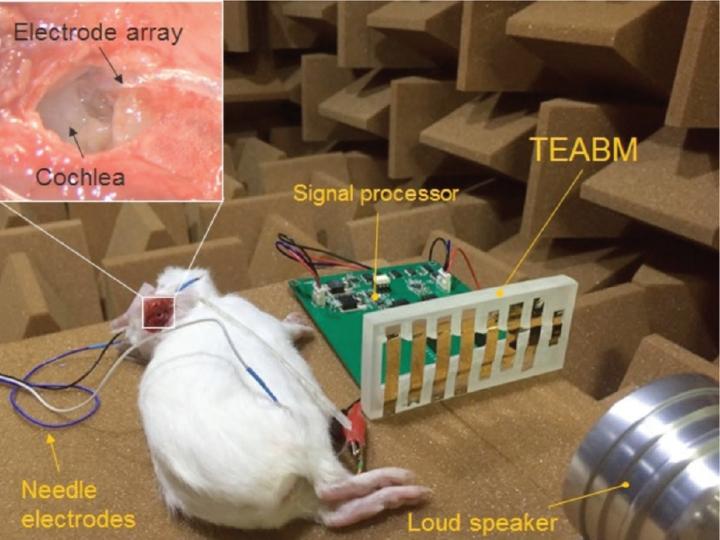 In addition, the research team measured the Electrically Evoked Auditory Brainstem Response (eABR) of hearing-impaired animals with generated electrical signals. The result showed that the operating frequency levels are close to the auditory levels and the receiving sensitivity is seven times higher, proving that TEABM could potentially be used as a key technology in the next generation of cochlear implants.

"TEABM is a key technology viable to develop next generation cochlear implant not required for battery or a complex electrical signal process circuit. We will further make efforts for commercialization of technology in order for severe hearing loss patients,” said Professor Choi.