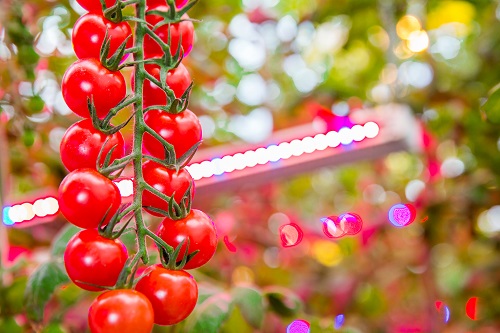 LLC Argo-Invest’s greenhouses grow more than 15 varieties of vegetables including tomatoes that will benefit from LED lighting. (Source: Philips Lighting)The market for light emitting diode (LED) lighting in horticulture has grown substantially over the last few years with numerous projects being brought to indoor greenhouses for lettuce production, boosting cannabis growth or numerous other crops.

Now, Philips Lighting has announced it will provide LED grow lights to Russia’s LLC Argo-Invest greenhouse company to support cultivation of tomatoes and cucumbers covering an area of more than 25 hectares (about the size of 40 soccer fields).

Philips claims the project will be the largest LED horticultural lighting project to ever be undertaken, enabling year-round growing, helping to boost yields and save about 50 percent on energy costs compared to conventional high-pressure sodium lighting. The company says the project shows the growth of large-scale LED horticultural lighting and how the lighting is being used to support locally grown produce.

LLC Argo-Invest grows more than 15 varieties of vegetables with an annual production capacity of 25,000 tons. The company collects rainwater to water plants, which are pollinated by bees from beehives within the greenhouse. Argo-Invest says this helps improve harvests by 20 to 25 percent.

“[LED lights] deliver the right light for the plant, exactly when and where the plant needs it the most, while radiating far less heat than conventional lighting. This allows us to place them closer to the plants,” says Irina Meshkova, deputy CEO and general director at Agro-Invest. “Thanks to this technology we will be able to increase yields in the darker months of the year, and significantly reduce our energy usage.”