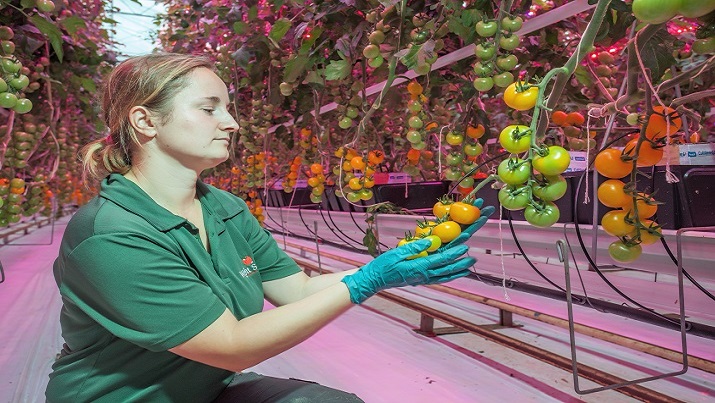 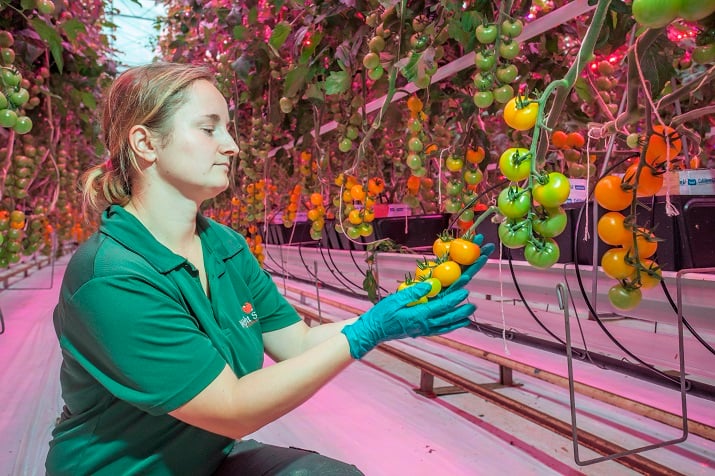 Philips says the move to 100% LED lighting is a growing trend among vegetable and fruit growers to move away from hybrid lighting techniques, which combine LEDs and conventional high-pressure sodium (HPS). APS Salads and supermarket tomato supplier Flavour Fresh Solfresh Group completed the first 12- and 10-month growing cycles, respectively, leading to improved yields and tasty fruit and vegetables that they were able to produce year-round.

At its Wight Salads site in the Arreton Valley on the Isle of Wight, APS Salads, which supplies tomatoes to food retailers, used Philips GreenPower toplights and a double row of interlighting in order to create consistent crops at an affordable cost, something the company says it was unable to do with hybrid lighting.

“After 12 months with 100% LED, we are growing consistent-quality tomatoes right through the winter that taste as good as mid-summer ones,” says Phil Pearson, group director at APS Salads. “Furthermore, we are using two-thirds less power compared to when we were running HPS-lit greenhouses. Plus we can better control the crop balance because we have total control over the 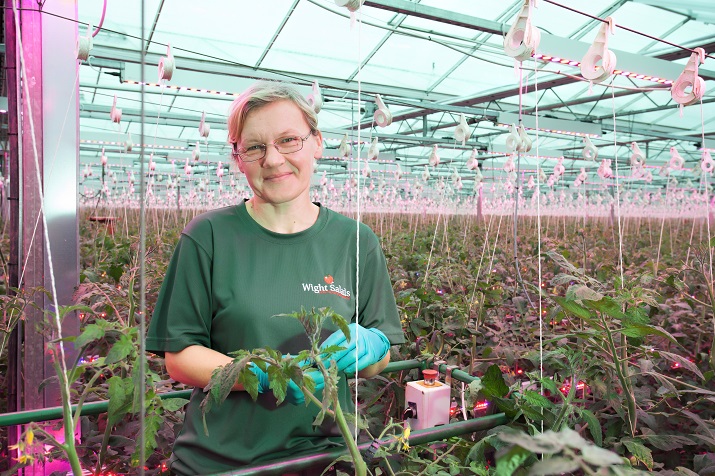 Flavour Fresh Solfresh Group, a provider of tomatoes to leading supermarkets in the U.K., used natural light to grow tomatoes before converting to 100% LED lighting. This meant the company was unable to harvest crops between December and March. Since installing the Philips lighting with two lines of horticultural LED interlighting and toplighting in its greenhouse, the company is able to grow tomatoes year-round.

The company was also able to increase its yield of its tomato crop by about 30%.

“The dawning of the LED era is without doubt the greatest innovation in horticulture since the invention of the tractor,” says Andy Roe, production manager at Flavour Fresh. “The total LED installation gives 100% control to us as a grower. The lighting and heating work hand-in-hand to reduce the need for ventilation and, in turn, this reduces the total energy requirement by up to 35%, which is a win-win situation for the environment.”