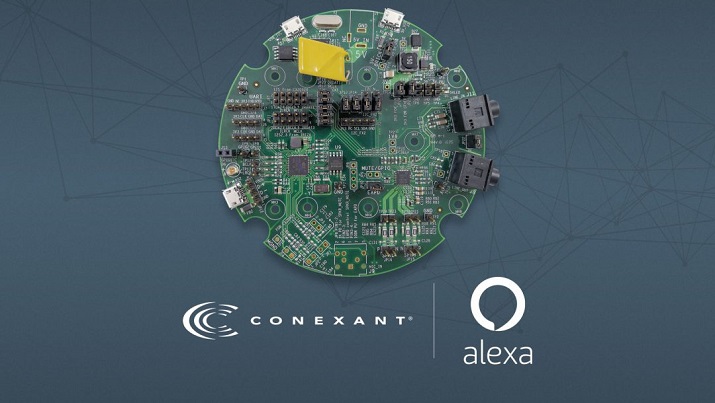 News for device-makers looking to integrate Amazon’s Alexa Voice Service (AVS) into their products: Conexant, an audio and voice technology solution provider, has rolled out a four-microphone version of its AudioSmart Development Kit for Amazon AVS.

The solution includes Conexant’s Smart Source Locator (SSL) technology, a new feature that gives the voice processor the ability to focus in on the direction from which the user’s voice is coming. When combined with Conexant’s Smart Source Pickup (SSP) technology that provides 360-degree noise suppression, the voice processor is capable of higher speech recognition accuracy – even in challenging environments where TV, radio, phone or other noises emanate from the room.