Watson: The Biography of a Machine

The Birth of Watson 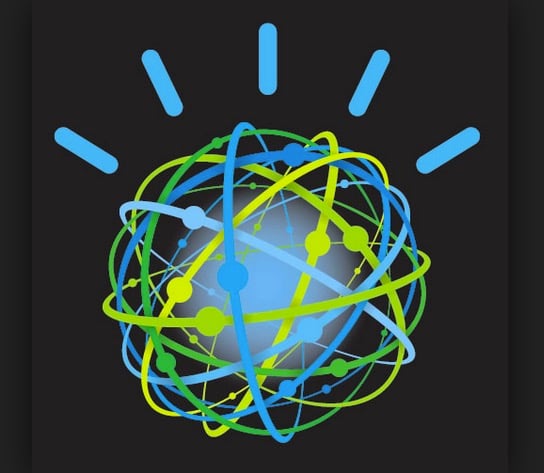 Watson, as a concept, was born in 2006, a full five years before its Jeopardy! TV debut. Within IBM, executives were mulling over the company’s next demonstration projects involving human vs. machine. Past challenges included the Blue Gene supercomputer and Deep Blue—the computer that beat Garry Kasparov at chess. The goal was to challenge the two top Jeopardy! champions and beat them. There would not be any modification to the show, the type of questions asked, or any other element. If Watson won, it would win fairly—and it did.

For anyone who has ever watched the program, it is clear that puns, homonyms, slang, jargon, nuances and complexity are common. Watson was not connected to the internet for the TV show. When it answered questions, it did so based on an understanding or processing of the clues contained in each question. Watson compared possible responses, ranked its accuracy confidence and responded, doing so within approximately three seconds.

To meet the task, the team of developers had to build what it called DeepQA, a parallel software architecture that studied natural language content in Jeopardy clues and in stored information. The goal took three years and 20 researchers to accomplish. About 200 million pages of information from a variety of sources were stored, and Watson had to retrieve it and be first to hit the buzzer.

By February 17, 2011, IBM’s Watson racked up $77,147 in winnings against former champions Brad Rutter and Ken Jennings, who posted $21,600 and $24,000 respectively. The best Jeopardy! players to date, Jennings tallied a record 74 wins and Rutter had earned a whopping $3.25 million before facing Watson. Watson was the truly unlikely competitor. It gave monotone responses originating in a back room because of the noise of 10 racks with 10 Power 750 servers, and its answers were fed into the studio.

The series of games took three nights and at stake was $1 million. Far more would be at stake in the future. Gone would be a playing field where questions came from one person. Instead, hundreds or thousands would be asking complex questions in non-standard formats. Even greater pre-processing, post-processing and tooling would be necessary.

After winning Jeopardy!, Watson was already slated for greater things. Plans included the use of Watson technology in the healthcare segment, and it did not take long for IBM to create a Watson-based business unit, moving Watson from IBM Research into the IBM Software group where, within months, more than 100 technologists would begin to carve out Watson’s future.
As the robot aged, it also slimmed down.

According to Watson VP Manoi Saxena, “The system that was the size of a master bedroom will now run in a system the size of the vegetable drawer in your double-drawer refrigerator. Ten Power 750 servers gave way to one that was a mere 9 in. x 18 in x 36 in. and weighed only 100 lb. In that small size, Watson operated an impressive 240 times faster than it had on Jeopardy.

In addition to healthcare and medicine, banking, insurance and telecom were all recognized as immediate possibilities for the technology. But it did not stop there.

The Commercialization of Watson

Within a year of its Jeopardy! win, WellPoint, a large U.S. insurer, and Memorial Sloan-Kettering Cancer Center created pilot programs with Watson. At Sloan-Kettering, not only would Watson be used in diagnosis, it would also be instrumental in selecting the right cancer therapy for a patient. Each possibility was weighed based on relevance for the patient, just as its Jeopardy! answers were weighed as to confidence. Where it differs from Jeopardy!, however, is that Watson is no longer limited to what has been fed into the system—it can also search online.

According to IBM, within a year of Jeopardy!, 386 universities were collaborating with IBM on Watson and analytics, and 34 million people were benefitting from Watson technology via WellPoint healthcare plans.

Today Watson Health continues to work with Sloan-Kettering, WellPoint and others. In addition, companies including Apple, Johnson & Johnson, Medtronic and Under Armour are using it for seizure prevention, scientific paper analysis, cognitive coaching, and storing and analyzing data. It is moving from treatment suggestion to being a true diagnostic aid.

Outside of the medical arena, Watson is moving into banking, customer service, financial information and advice, hotel concierge service, and the list continues to grow.

The Future of Watson

The world does not just produce big data; it produces humungous data. With traditional programming, tackling it and making sense of it are virtually impossible. Watson’s artificial intelligence is clearly surpassing the ability to consume data in any other way. And it is becoming easier to access. For example, IBM created an open ecosystem, opting to up the APIs on platforms so that start-up companies could access and build upon the technology. As a result hundreds are taking part.

The technology continues to be fed natural language text as well as training based on reading and testing, the same way humans learn. So far, Watson Discovery Advisor, Watson Analytics and Watson Explorer are three available offerings. Healthcare systems, legal systems, education and the automotive industry are now taking part.

Watson can read information, speak several languages and perform image diagnostics. It is rapidly moving into the expansive Internet of Things and its sensor-rich data. From start-up companies, with the number of employees counted on one hand, to major corporations, Watson is providing breakthroughs in how business and complex data crunching is performed.

Watson enables not just the sifting through of big data to keep what might be valuable and toss the rest. It is also the harnessing of huge data to evaluate, catalog, retain and then understand it for use in specific and general applications.